The Hard Part About Bridesmaids

Landan here! We’re thrilled to see you back on our blog. In the last post, I mentioned that we will cover everything from showing off our Chandelier Couples to sharing what we’ve learned from both the bride and venue perspectives. For clarity’s sake, I just wanted to start by saying this post is from my personal perspective and all of the photos I included in it are from my wedding this spring. You might notice that I did not get married at The Chandelier. From personal experience, I can tell you that The Chandelier is seriously the best venue in the Texas Hill Country and it’s managed by the best people. Listen to my advice, but don’t follow my lead by getting married anywhere other than The Chandelier. Trust me. 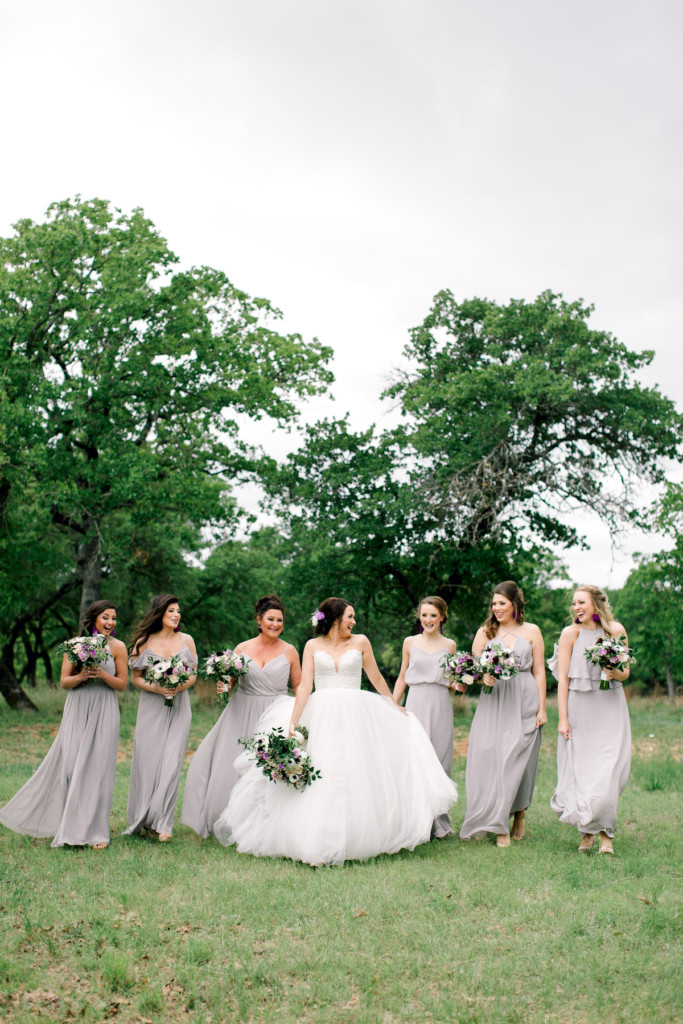 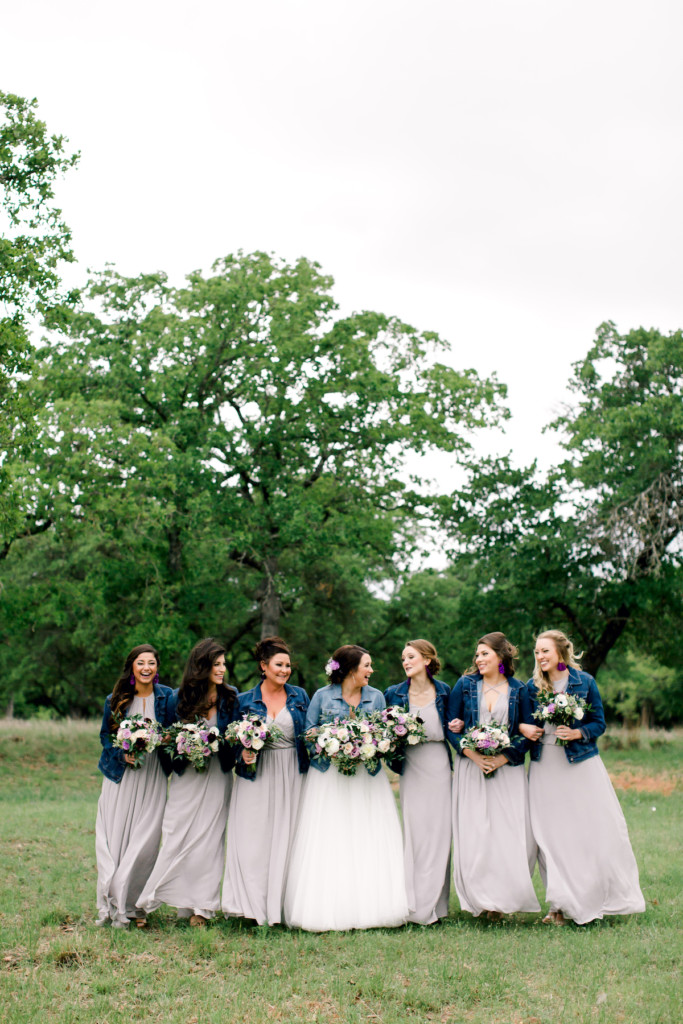 The other night, I sat at my kitchen table talking to two of my girlfriends about bridesmaids, the politics that sometimes come in to play, and the fact that it is hard. One of them is already married and the other is engaged and in the middle of planning, but all three of us agreed that it can be really difficult to choose who your bridesmaids would be – but not necessarily because of the reasons that you’d think. And, if you’re wondering, neither of them were in my bridal party.
Before I get too far into it, I want to put this out there now: I loved my bridesmaids. Each of my girls brought something different to the planning process and the wedding, I adore each of them individually, and as a group I couldn’t have asked for anything more of them.
But that doesn’t mean it wasn’t hard. 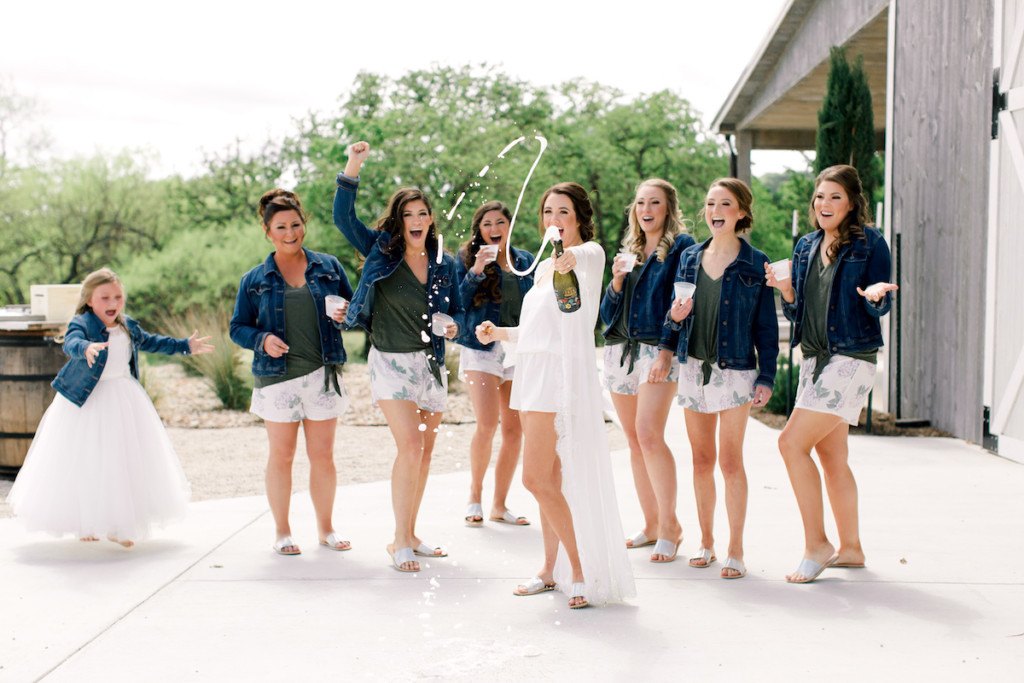 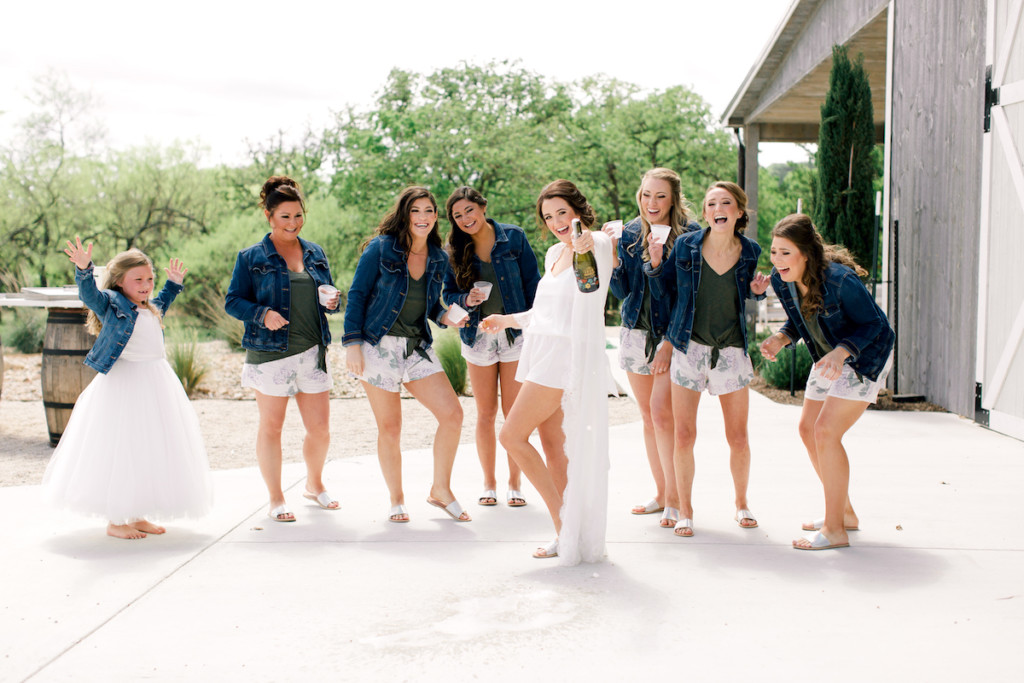 When you start planning, you are bombarded with so many pieces of advice and recommendations. Most of them overlap or are slightly different variations of the same thing, but with bridesmaids (and choosing your bridal party in general) the main things I saw were charts about how to narrow down your potential bridesmaids. I found them about as helpful as I found the charts for how to narrow down your guest list – which was not at all. Not to say they wouldn’t be useful for some people, but with every aspect of wedding planning I went with my gut, which is how I ultimately chose my bridesmaids too, not a point allocated system based on a random quiz I found on Pinterest.
I’ve never been someone who necessarily had the biggest group of girlfriends. I didn’t know exactly who I wanted in my bridal party before getting engaged, but I will say that it was pretty clear to me as soon as we got engaged. I thought about who I wanted to let know right away that we were engaged and how they would be throughout the major events of wedding planning. We also knew we wanted an even number – so 4, 6, or 8, not 5 or 7 – in our party. Again, I don’t regret my decision in the slightest and my girls were fantastic, but I also can’t say if my decision would have been the same had I taken the advice I’m about to give you.
Whether you choose to include people from different parts of your life, a group of your current friends, only family members, or to not have bridesmaids at all, it’s probably going to be something you have to actively think about as some point. It’s hard because you don’t want to hurt feelings. Because you know there may be people you’re closer to now but there are also people that you have thought of as a “future bridesmaid” for years. Because you wonder how your group will mesh, especially if half of them haven’t met before. Because there are some people that you just know it comes down to ending the friendship if they’re not a bridesmaid. It’s a big decision, and these are all the reasons you typically think of it as being hard, but it’s not where our conversation focused.
We talked about the timing.
I won’t say that I read every piece of wedding advice out there, so it’s entirely possible that this advice is out there and you’re thinking “duh Landan,” but I didn’t see it, so I’m putting it out there for you just in case. Wait to choose your bridesmaids.
I’m not sure if I actually read to choose your bridesmaids right away, or if it was just one of those things that I *knew* was something that you did, but as soon as I got engaged I felt like I had to choose my bridesmaids right away and let them know I wanted them to be my bridesmaid so they could know to save the date. I vividly remember reminding Kevin for weeks that he absolutely had to ask his guys. He knew who they were, so why was he delaying asking. Maybe it’s something about the idea that your bridesmaids need to be there for the planning process and to be in the excitement with you, but I wish more than anything that it could become a social norm to not choose your bridal party until closer to your wedding (like right before when you need to start ordering bridesmaids dresses.) If you’re close enough to the person that you want them to be in your wedding party, then you’re close enough to them that they can experience that joy without the official title early on. And if they’re important enough to be in your bridal party, then I can’t imagine that they wouldn’t do everything in their power to have the date clear to be there for you on your wedding day. A few extra months notice shouldn’t change that.
This could be a part of my age and the stage of life I’m in, but I feel like it’s probably more likely that it’s something most people go through. I have friends in my life now that weren’t in my life when I got engaged. I’ve seen friends put people in their bridal party who then had changes within their friendships that led to awkward moments or stressed friendships. I&#8