The Best Way to Plan Your Honeymoon 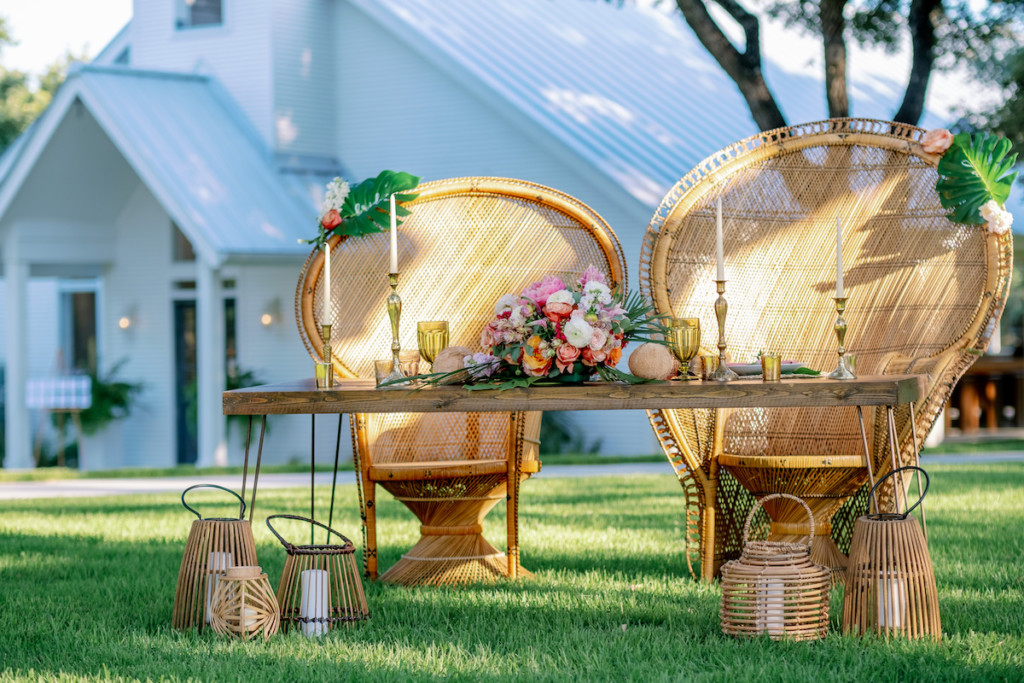 My husband, Kevin, and I are strong advocates for taking slightly delayed honeymoons. It’s literally our number one recommendation to every single one of our engaged friends. I’ll get to the reasons why, but I want to share a story with you first:

When I was in high school, my friend Danielle got married. She planned 98% of her wedding, with her husband-to-be only being in charge of the honeymoon. She wanted to be completely surprised about where they were going and had no idea about any of the travel plans, other than the fact that they were supposed to leave the morning after their wedding. So, they planned a gorgeous Texas wedding, we had an absolute blast celebrating them, and then everyone went to bed about 2am that night. When they woke up the next morning to head to the airport, they were still *slightly* intoxicated, the groom couldn’t remember what airline they were flying on, much less what their confirmation number was, and they realized their passports were still at home – 45 minutes in the opposite direction of the airport. Thanks to Danielle’s parents driving across town to get their passports at 5am, some water, and a found email, everything worked out and they made it to their honeymoon. However, that was the day I decided I would not be leaving for my honeymoon the day after my wedding.

Fast-forward 10 years later, and I can’t even count the number of weddings I’ve been to where the bride and groom planned an early exit or were stressed out solely because they had a flight the next day. Weddings can be stressful enough on their own – the honeymoon is supposed to be the easy part. If there’s something you can do to make your honeymoon even easier, why wouldn’t you? Instead of worrying about having to leave for your honeymoon the day after your wedding, plan a delayed honeymoon. 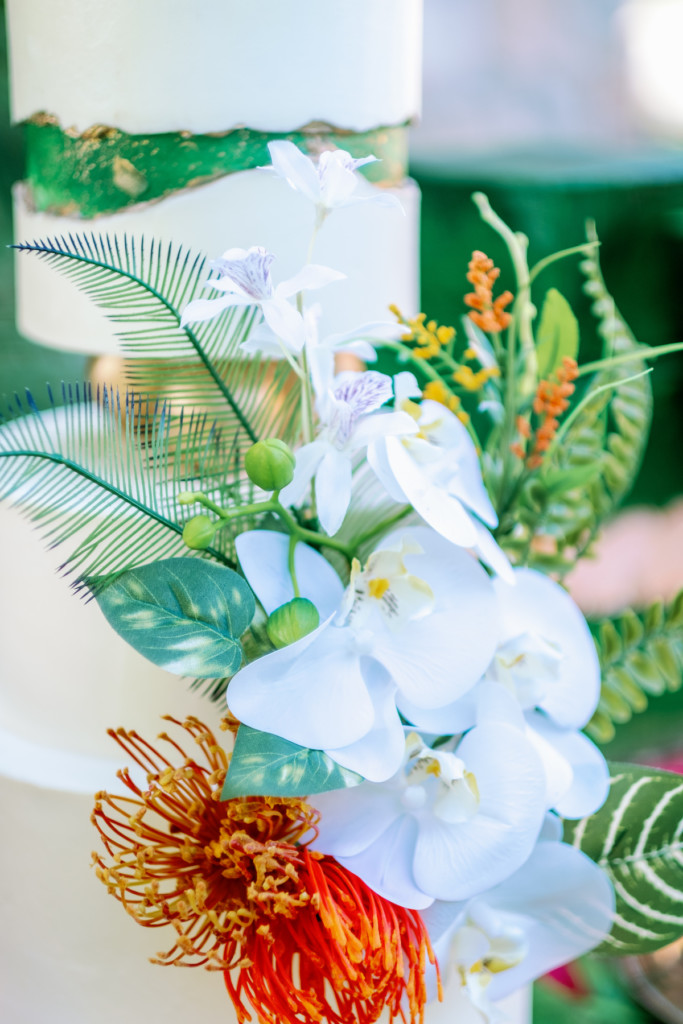 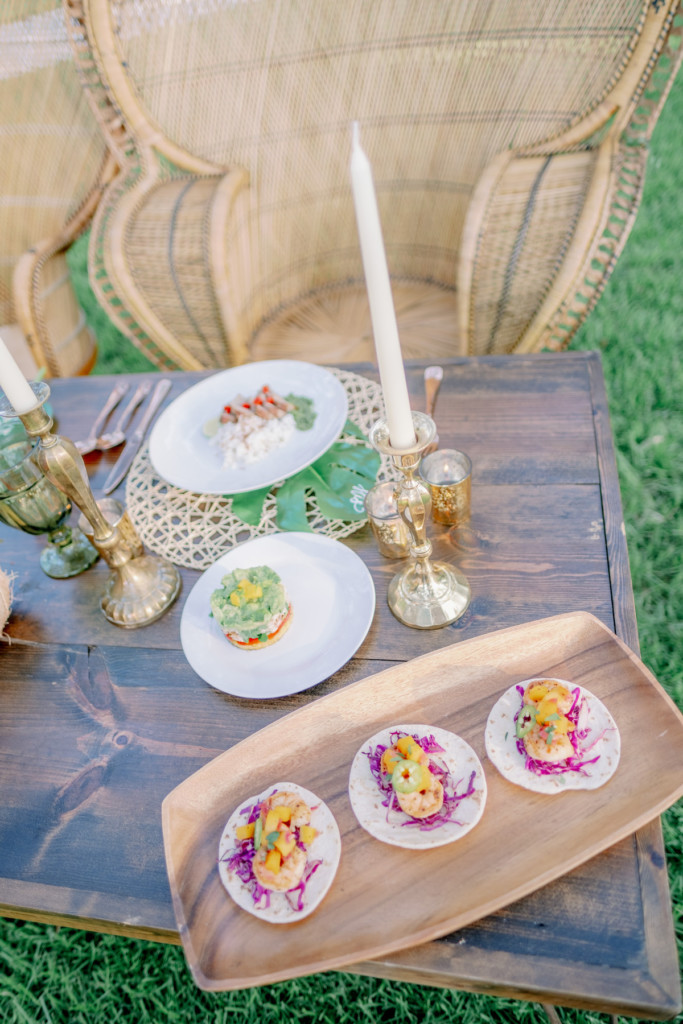 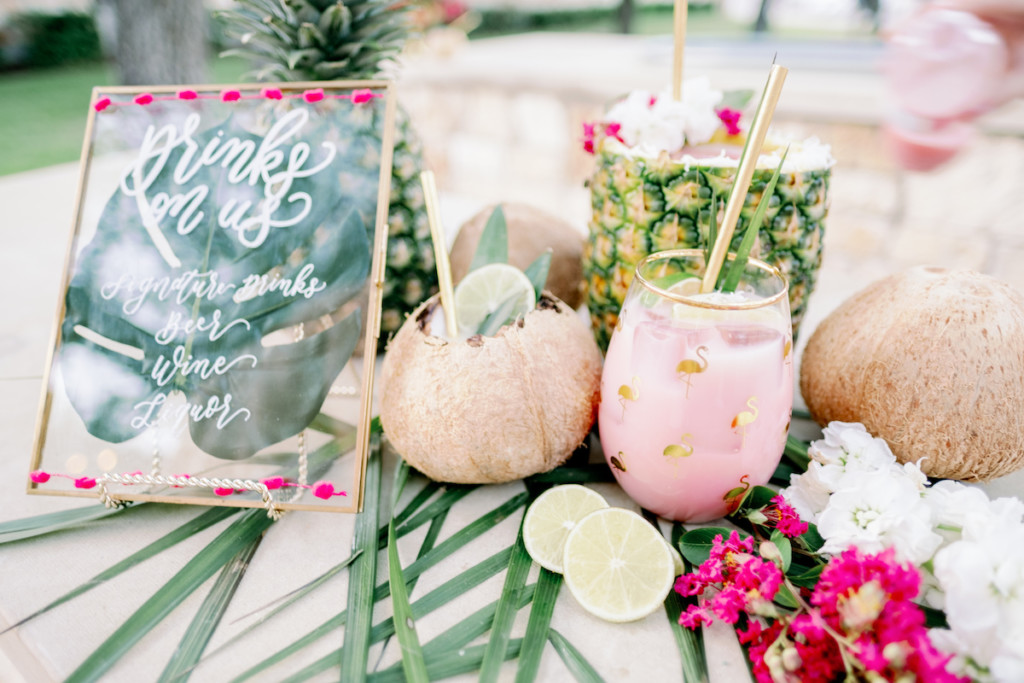 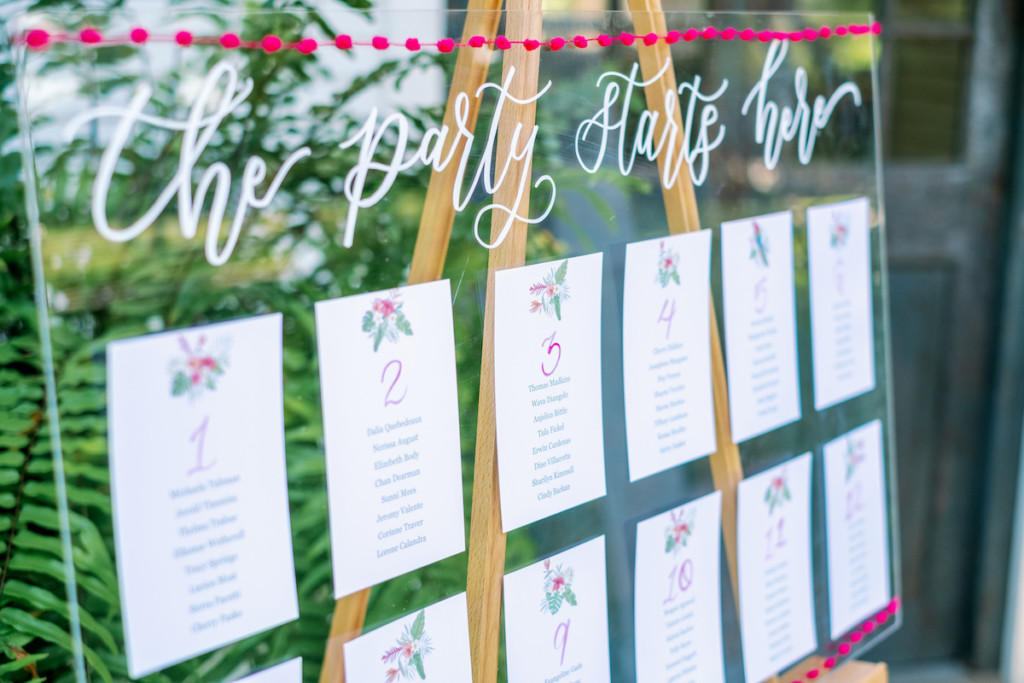 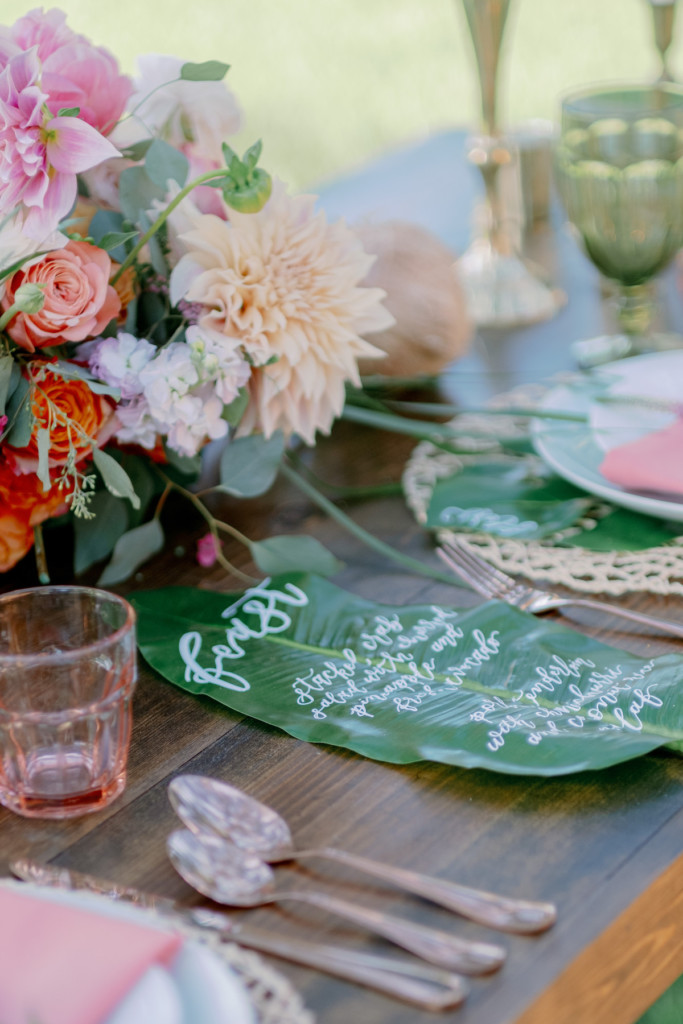 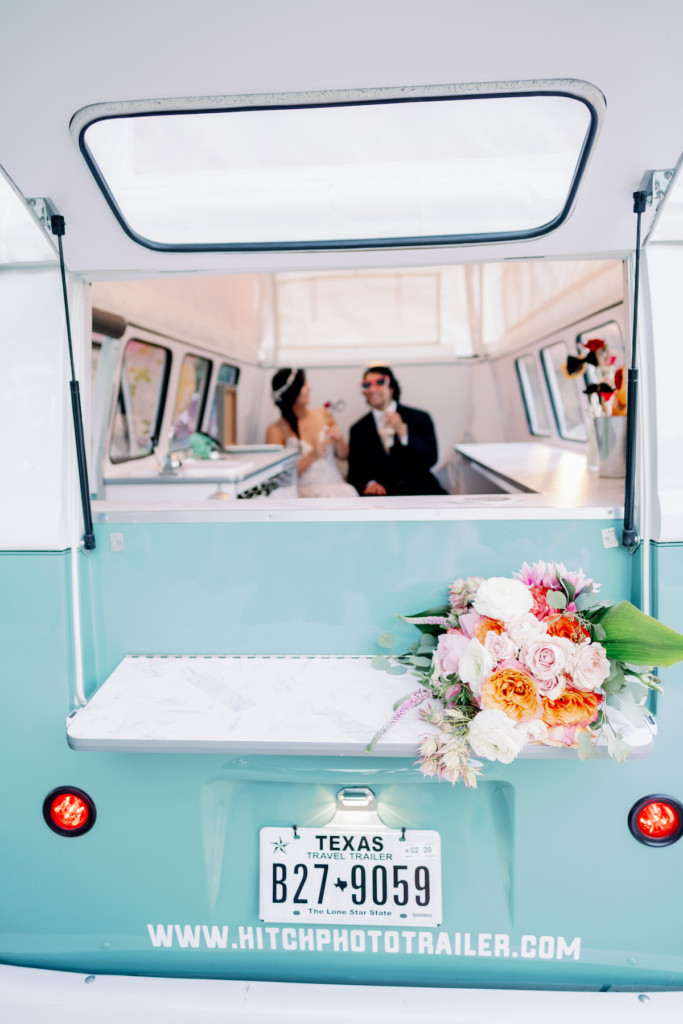 Now, I’m not saying to wait a really long time for it. Nor am I saying to wait to plan it. Instead, I’m suggesting you leave about a week later than you would with a traditional honeymoon. So, if you get married on a Saturday, leave for your honeymoon the following Friday or Saturday.

Here’s all the reasons it’s the best thing you can do.

1. You get extra time for your honeymoon

You get an extra weekend thrown in that you otherwise would have been busy at the wedding. As far as I’m concerned, it doesn’t get any better than extra time on your honeymoon. This is 100% how I convinced Kevin that I was right about wanting to take a delayed honeymoon. He’s on board with all of my points now, but this is the most obvious one.

2. If you’re getting married in a town other than the town you live in, it’s so much easier to go home in between

If you’re getting married anywhere other than the town where you live, one of the things to consider is what you’ll do with all of the stuff from the wedding – decorations, your clothes, the presents – when you head to the airport. If you don’t have the opportunity to go home in between the wedding and the honeymoon, there’s a little bit more planning that has to take place to coordinate leaving from one destination (home), going to another (wedding), and heading to your honeymoon without going back home first. There’s also the question of where your vehicle will be in the process. Just something to consider!

3. You don’t have to pack in advance

Maybe this is just me, but I am a super organized person. I had all of our wedding decor items packed up in labeled tubs. I had an overnight bag for Friday night with a set plan of what needed transferred to the honeymoon suite Saturday night. The last week before the wedding, I was focused on the wedding. I had absolutely no desire to pack for our honeymoon on top of packing for the wedding, especially with crossover on what I would have needed for both. And I definitely would not have been about packing the morning after the wedding and then trying to catch a flight later that day.

4. You won’t be stressing about trying to leave right after the wedding

I mentioned this before, but I know so many people who have told me they were stressed about trying to get ready to leave for their honeymoon, or they were thinking about having to wake up early the next day. Our favorite people in the world were at our wedding, a lot of them from out of state. Instead of being stressed about leaving, we got to stay up talking to them after the wedding & wake up and enjoy them the next morning. Then we got to go home, ordered a pizza and took a 3 hour nap because the complete high from the day before had fully worn off.

5. You have all week to open up gifts from the wedding

This was not something I thought about when planning our delayed honeymoon, but it ended up being SUCH a benefit. We opened all of our gifts throughout the week so we didn’t come home to boxes stacked everywhere. You’ll likely come home from the wedding with gifts and we had multiple boxes getting delivered every day before we left. Instead of having someone go get those gifts off our porch for us, we were home to receive them and got to have fun opening them. The thank you notes though? Those were saved for after the honeymoon.

6. Getting sick post-wedding is common

After all the anticipation and adrenaline surrounding weddings, getting sick after the wedding is pretty common because you’re tired. Even if you aren’t sick (Kevin has the immune system of a superhero – I was not quite so lucky), you will be exhausted, especially if you add traveling and potential time zone changes on top of that. Even though we still had work, it was so nice to have the week in-between to recoup and relax. Then, by the time the honeymoon came, we were ready to just enjoy it.

7. You can enjoy your flowers

I don’t know if you like flowers as much as I do, but my mom and I are obsessed with flowers. We gave out some of our arrangements at the wedding and took the rest home. Pretty sure I had at least 10 different bouquets/arrangements scattered around the house after the wedding, but it made me so happy to see all of them all week and remember that they were from OUR wedding. You just got married and it takes a bit for it to soak in, so it was a pretty cool reminder all week.

8. You get to live in the newlywed honeymoon stage for an additional week

Here’s the thing, YOU’RE MARRIED. As much as I love weddings and talking about every single thing involving them, the marriage is what’s really important. Our honeymoon didn’t feel any less special being a week after our wedding instead of the day after. If anything, it was even better because we were just as excited all week, then got to reboot that excitement for the honeymoon week. It’s a win-win in my book. 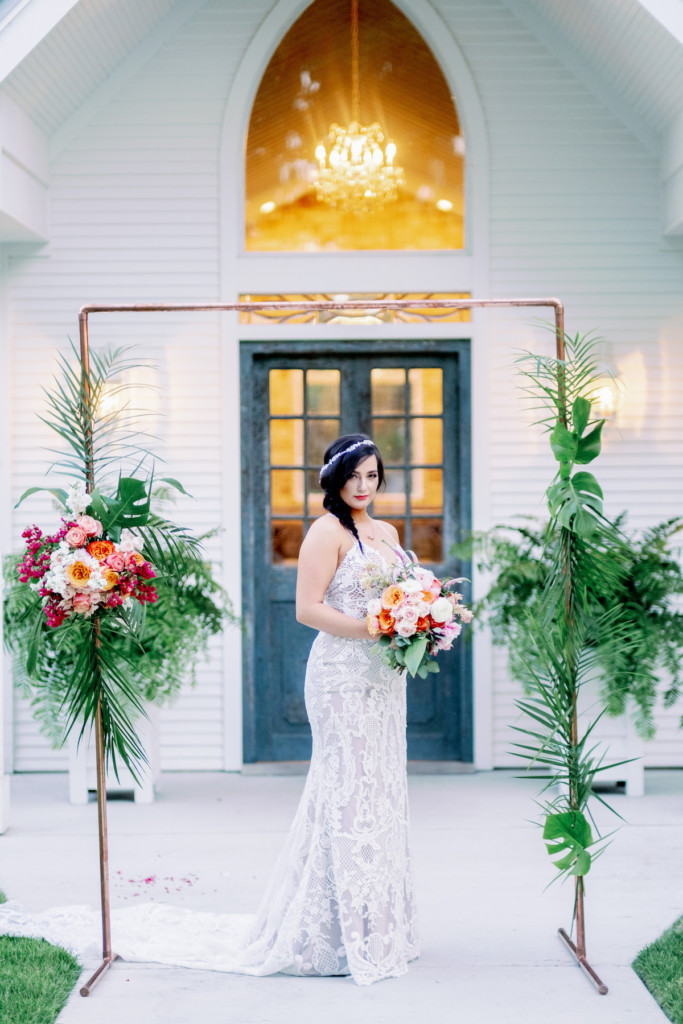 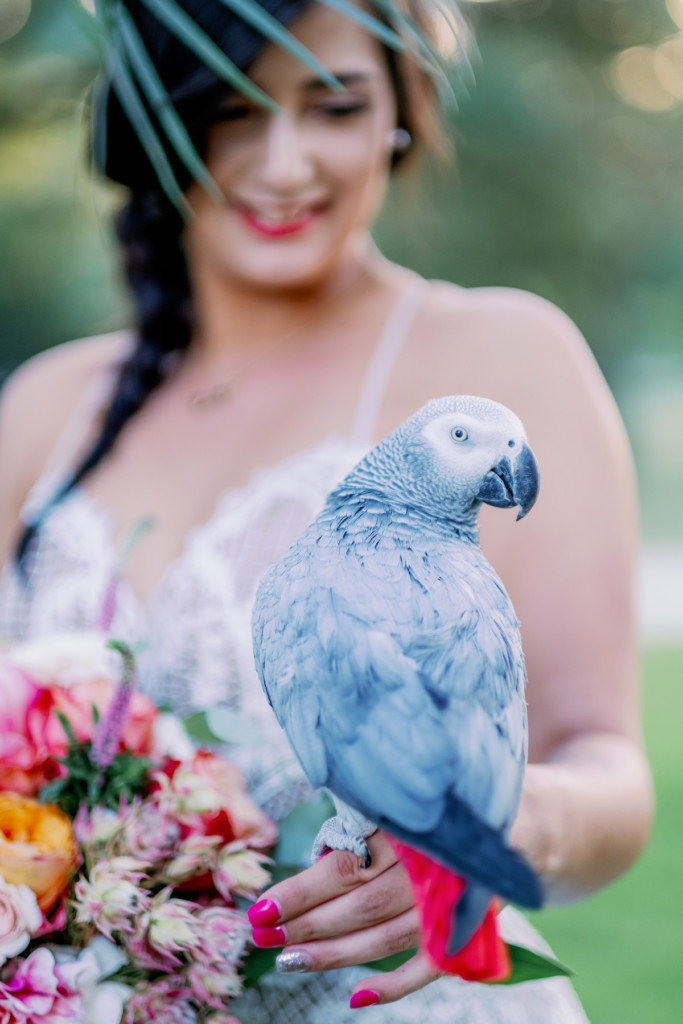 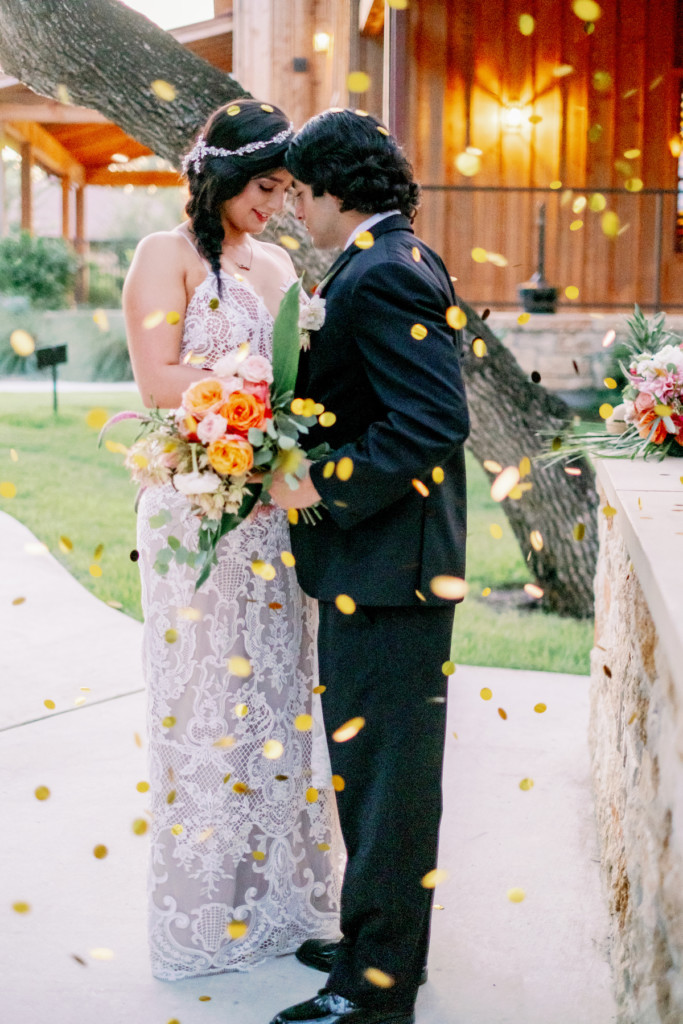 While you’re waiting/dreaming of your honeymoon, check out more photos of how we brought the tropics to the Texas Hill Country here. 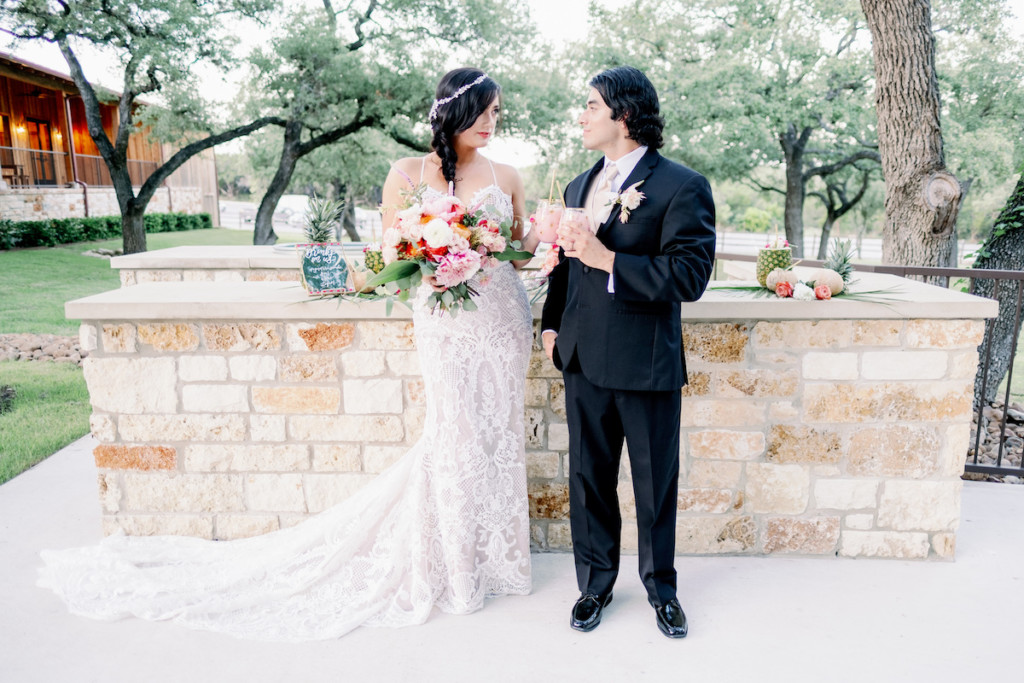