When people get engaged, I often see them ask former brides two main questions about planning: 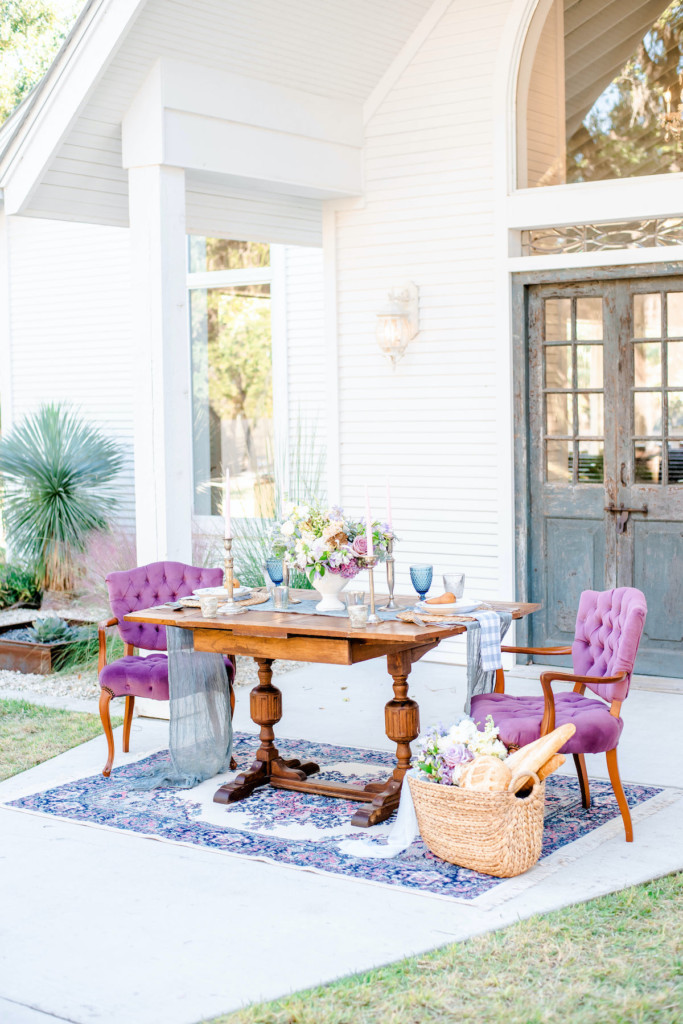 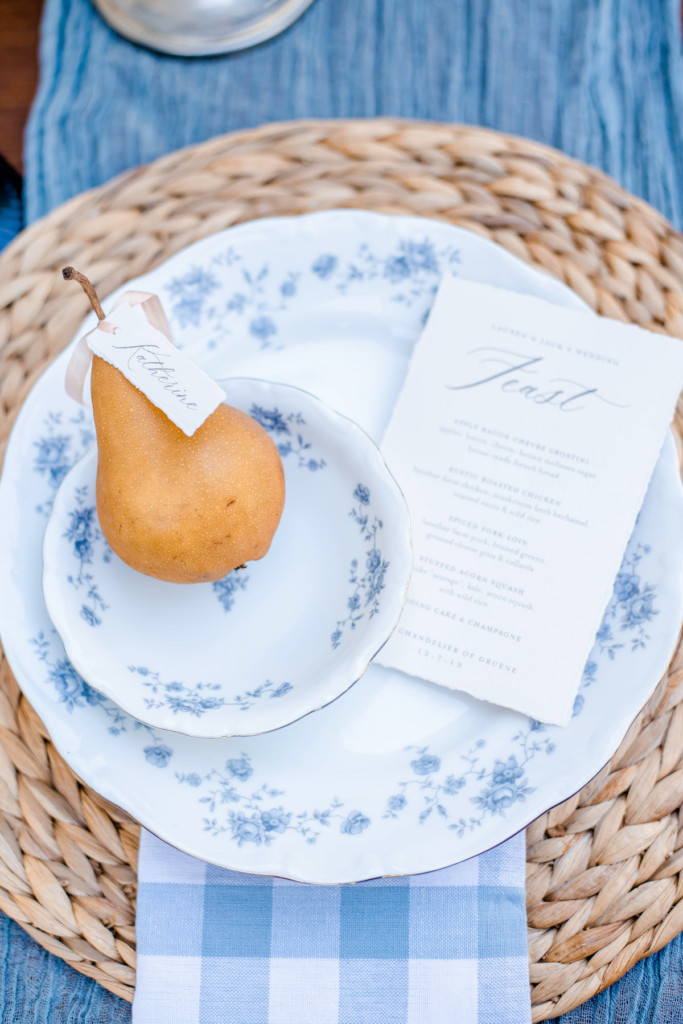 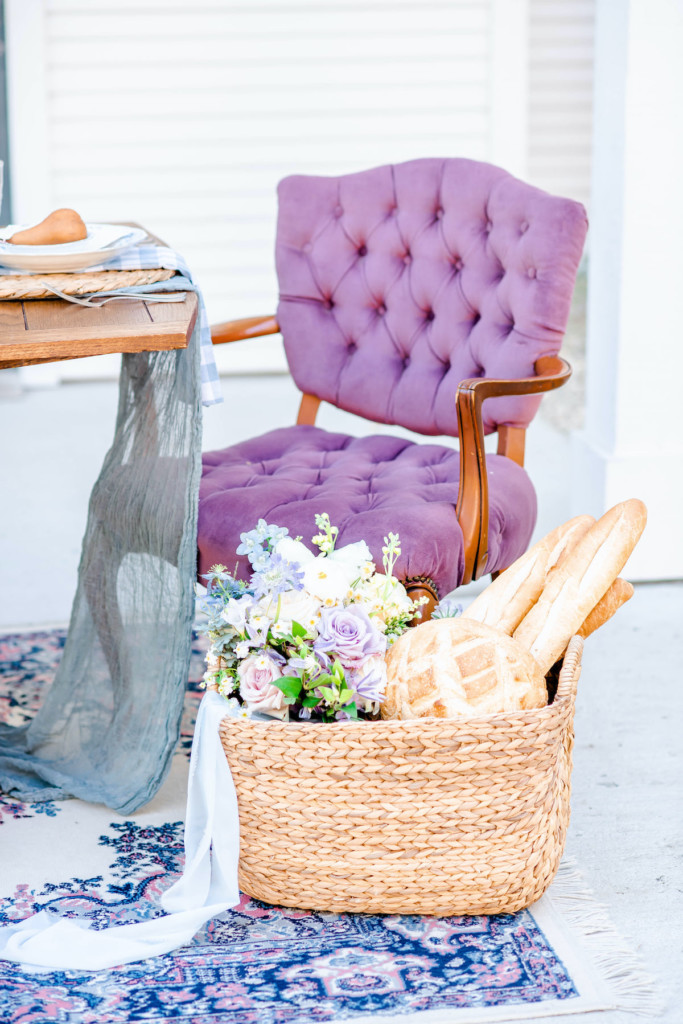 I personally have a hard time answering either one, because there are so many little things that I learned in the planning process, but they are still so helpful. We actually have similar questions on our questionnaire for our couples to fill out for a blog feature because they’re broad enough that they can talk about whatever they want, but focused enough that a couple of highlights normally come out of it, so you can take the information and run with it for your own big day. (As a side note, if you’ve gotten married at The Chandelier and haven’t done your blog feature yet, click here! We’d love to show you off!!) But, no matter what the answer is to either question, there’s one big trend: it’s almost always about the wedding day.

I get it. The wedding is what everything really revolves around and it’s the biggest part of planning. But what about the day before the wedding?

My in-laws threw us a wonderful rehearsal dinner, and I’m so very thankful for all of the planning they did for it, but I really didn’t involve myself in it. Part of me felt like it wasn’t really my place to insert my own planning when they were the ones hosting, and part of me felt like it didn’t matter and I needed to just keep focusing on the big day. But I loved our rehearsal dinner. There were moments from it that were just as meaningful as moments from our wedding day and in hindsight there are things that I wished I’d paid more attention to.

So, it’s only fitting that I’m here to write a blog answering the best thing, the biggest regret, and all the lessons I learned going through it. 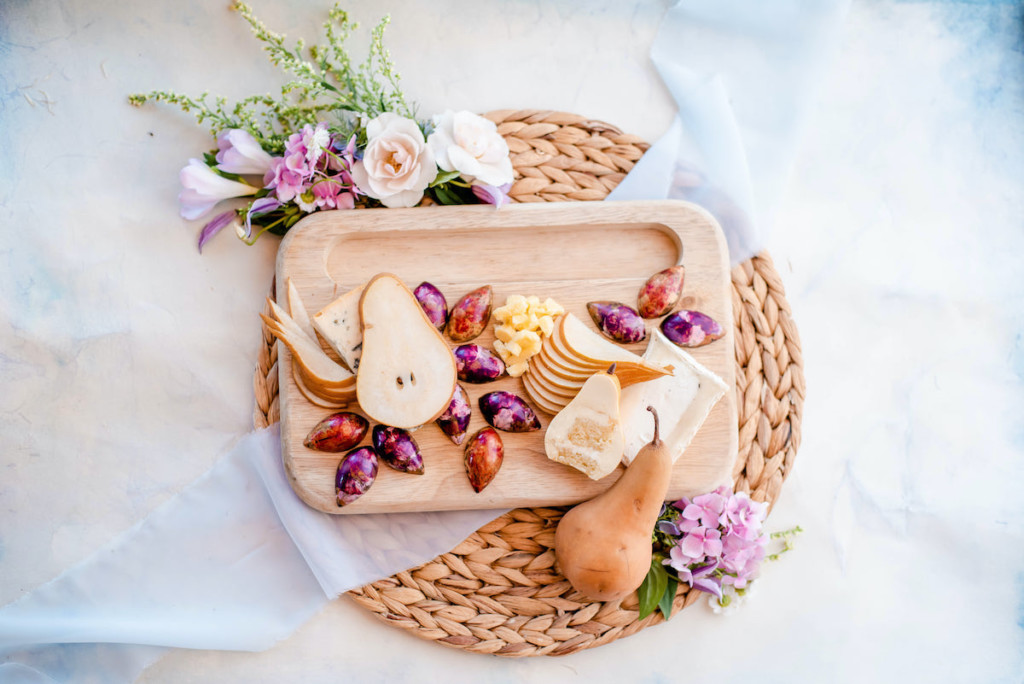 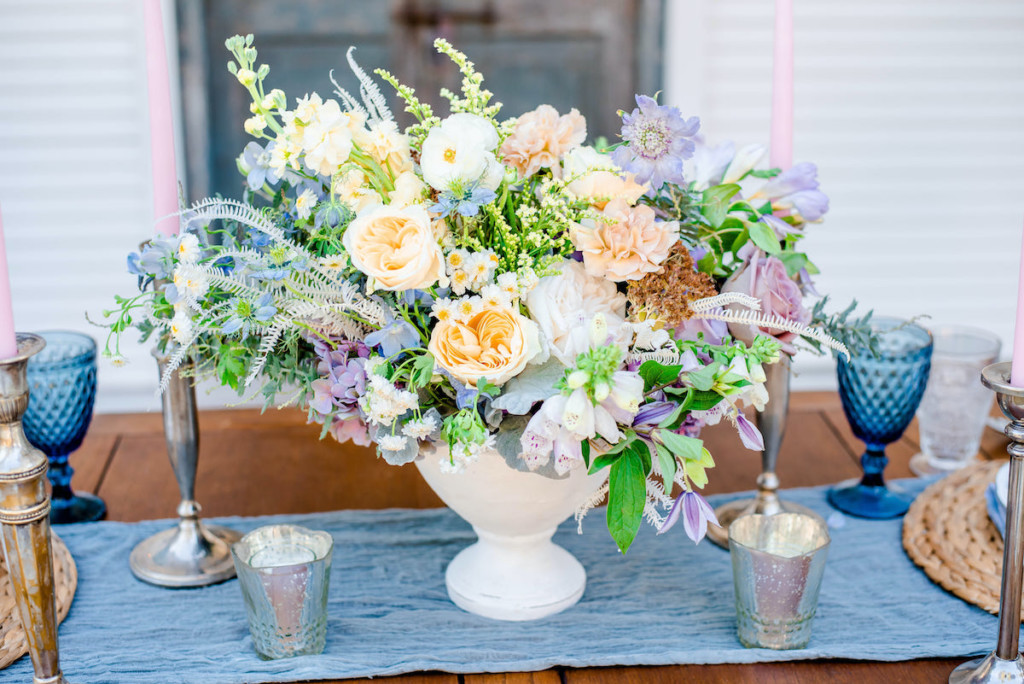 The Best Thing We Did

At the beginning of our rehearsal dinner, my soon-to-be hubby’s Dad stood up to give a toast, and invited everyone at the rehearsal dinner to give toasts at random throughout the night. It worked out super well for two reasons. The first, and probably most obvious, reason was the fact that we got to hear stories from our friends and family members. They toasted to our wedding, talked about our relationship, and told stories from their friendships with us. We got to hear the fake toast my best friend wrote us for her speech class freshman year. I got to hear stories about Kevin growing up that I’d never heard before. We learned what our family sees as our greatest strengths. It was truly so special to hear from so many people that are important to us. Beyond that, though, the other reason it worked really well was because it wasn’t boring. Rather than one really long speech, or multiple speeches in a row, they were broken up based on whenever someone decided to stand up and talk. They also gave our guests something to talk about, because they could laugh and discuss the stories afterwards, or talk about what they wanted to say before standing up. I have seen people recommend letting your guests know beforehand that they’ll be asked to say something, but I personally liked how informal this was, and since not everyone had to talk, it left it open without any pressure.

The Biggest Regret I Have

The speeches above? I wish more than anything that I could hear them again. We didn’t have a videographer for our rehearsal dinner, because it honestly just didn’t seem necessary, but I so wish we had one. Beyond the fact that I’d love to have captured those moments and what was said, there is something so intimate about rehearsal dinners and the excitement building up to the next day. I still don’t think professional photos are necessary, but I regret not hiring a videographer for our rehearsal dinner so I could relive that night. 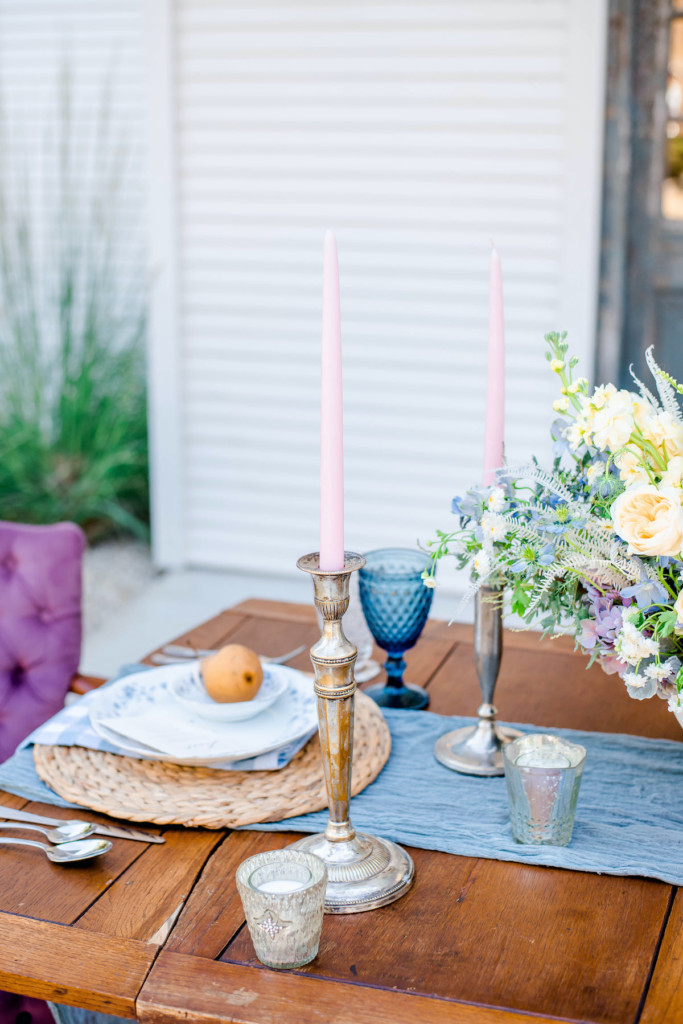 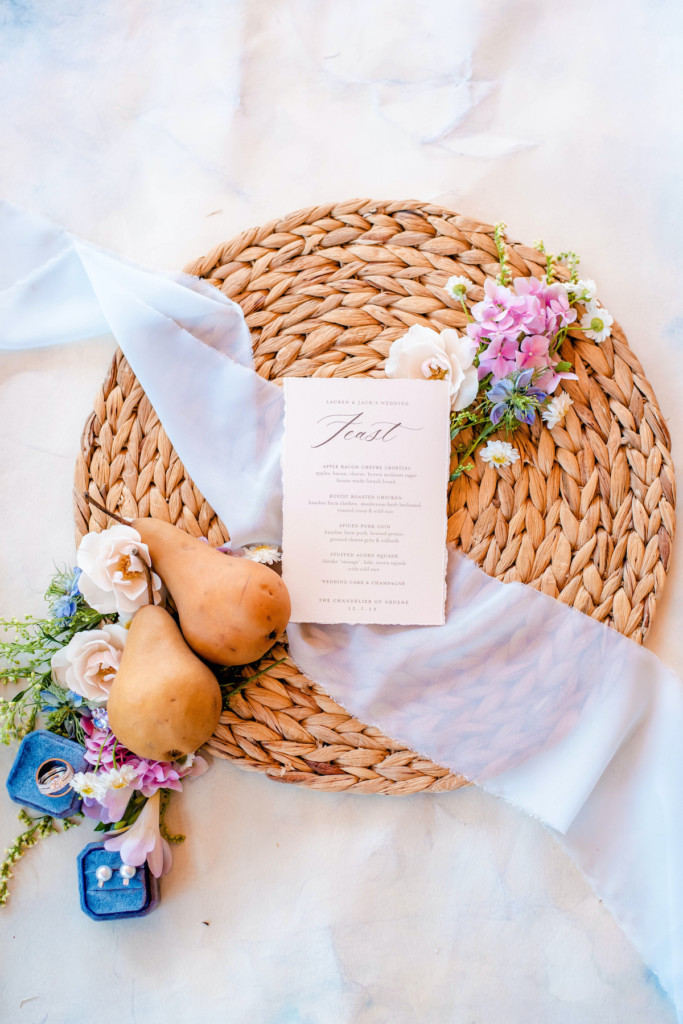 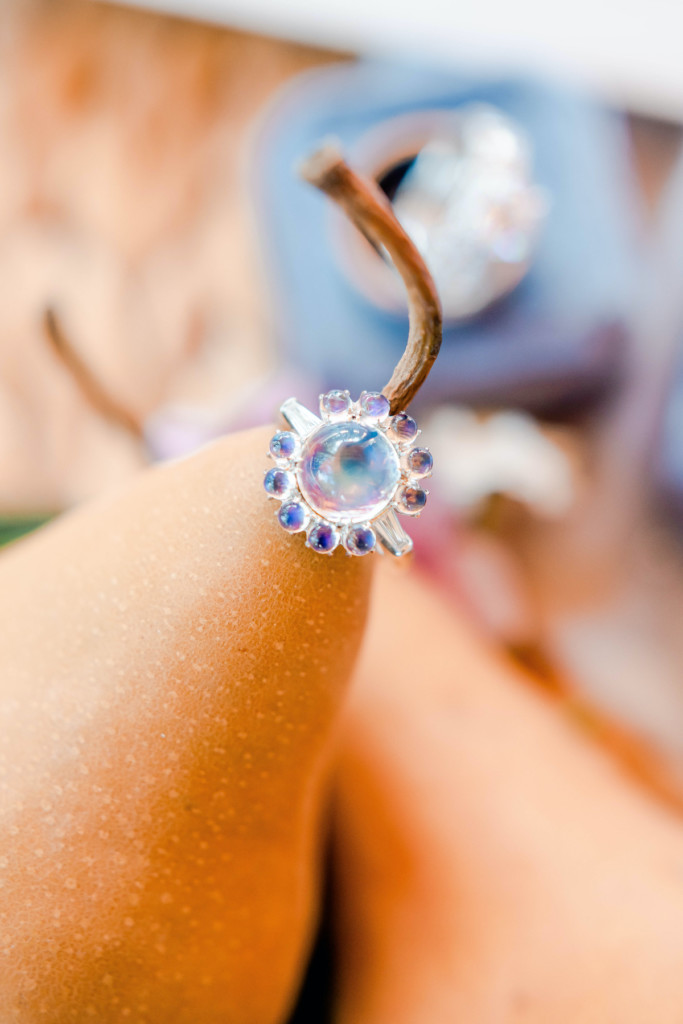 The Lessons I Took Away

Don’t add any extra responsibilities for yourself.

Plan on attending your rehearsal dinner as a guest. Don’t put yourself in charge of doing anything or adding extra steps. This came into play in a few ways for me. First, I thought it was a good idea to gift my bridesmaids their getting ready outfits for the next day at the rehearsal dinner. I ended up leaving them at the venue during our rehearsal, so I then had to coordinate someone getting them from there to the restaurant we were at for dinner. There’s way too much fun and excitement going on to try to remember to do extra stuff during the rehearsal dinner. I also had a few (very close friend) guests that still needed access to the hotel we were staying at. Rather than planning ahead and giving them a contact of someone who wasn’t at the rehearsal dinner, I found myself texting them to try to help. I knew not to do that for the wedding day, but for whatever reason I didn’t think about it for the rehearsal dinner. Really try to think of yourself as a guest and just enjoy being there.

This was a big ol’ oops on my part. I had a hard time with the rehearsal dinner because I was imagining it as rehearsal then dinner, not an entire event to take part in and enjoy. There were some people I wanted to see that came in for the weekend that weren’t a part of our bridal party, so I kept trying to coordinate seeing them after the rehearsal dinner, which didn’t work out at all. I needed to either expand the guest list for our rehearsal dinner to include a few other people who were important to us, or I needed to realize that I couldn’t do both and just see them the next day at the wedding. The majority of our college friends don’t live in the same area as us, so we don’t get to see them often and I was trying to balance getting to see them and do all of the wedding things. You have to set realistic expectations with yourself and know that if there are people who aren’t at your rehearsal dinner, you will spend time with them at the wedding the next day, and you can always plan a trip to go see them after the wedding, too.

You can have fun with your rehearsal dinner.

I think one of the big reasons that I didn’t get into planning the rehearsal dinner was because I didn’t want it to be a “mini-wedding” of what we would be experiencing the very next day. We had dinner at a gorgeous restaurant and used the same color palette as the wedding day, which was absolutely perfect, but I’ve also thought about other ways that you can have more fun with the rehearsal to make it a mini-ode to who you are. If you’re getting married at The Chandelier, embrace the location you’re getting married at by doing your rehearsal in Gruene or or the river. Or, give your rehearsal a theme if it fits who you are – a tropical theme in honor of your honeymoon destination, a glam country night, or giving your guests certain colors to wear are all fun ways to mix it up.

Have your rehearsal first so you can enjoy your dinner.

This was one thing I did very right and I’m so thankful for it – we had our rehearsal right away, and then that part was done. We didn’t talk about what the next day would look like, times everyone needed to be places, or what was expected of everyone once we started dinner. I’ve been to rehearsal dinners where it was not addressed at all, because they were having an onsite rehearsal the next day, but people still had questions about little things that had to be answered that night, so a lot of confusion happened. I’ve also been to a rehearsal where we rehearsed briefly towards the end of the evening, which was a bit of a downer on the mood since we had to be more serious to know what we were doing. Rehearsing is not that complicated and we’re all adults who know how to walk, so knock it out right away so you can just focus on enjoying the dinner and the company.

Focus on the moment that you’re in.

Turn off your phone. Don’t think about the little things that need done the next day. Don’t worry about what time it is or if you’ll be getting to bed early enough for your beauty rest. Try your hardest to just be present in the moment and enjoy just how special a rehearsal dinner is. It sounds odd, but forget that you’re having a wedding tomorrow and just focus on the fact that you’re getting married tomorrow. You want that joy and excitement of getting married and cementing your life together, but not the stress of wedding timelines and jitters. Just be in the moment, look around at your closest family and friends, and think about the fact that the next time you’ll be sitting next to your partner, you”ll be married to them. That’s special. 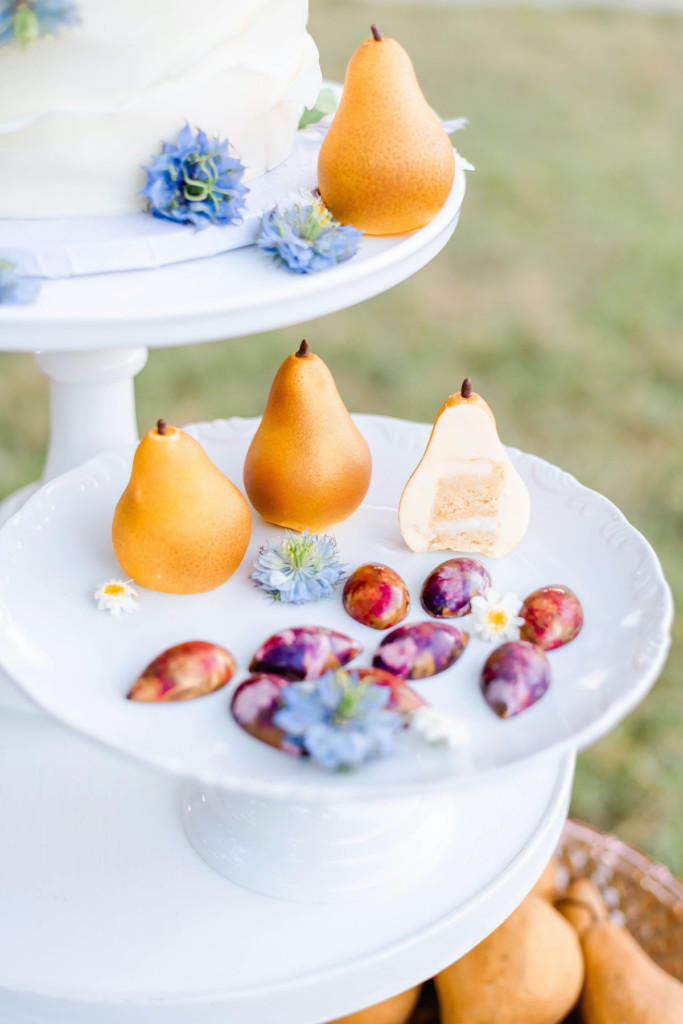 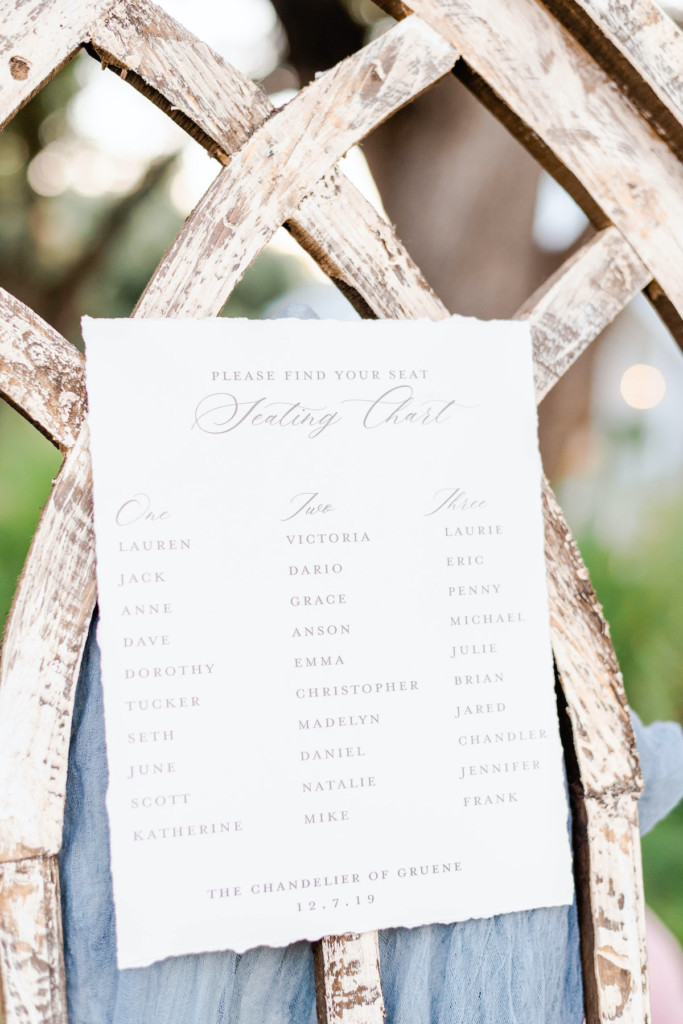 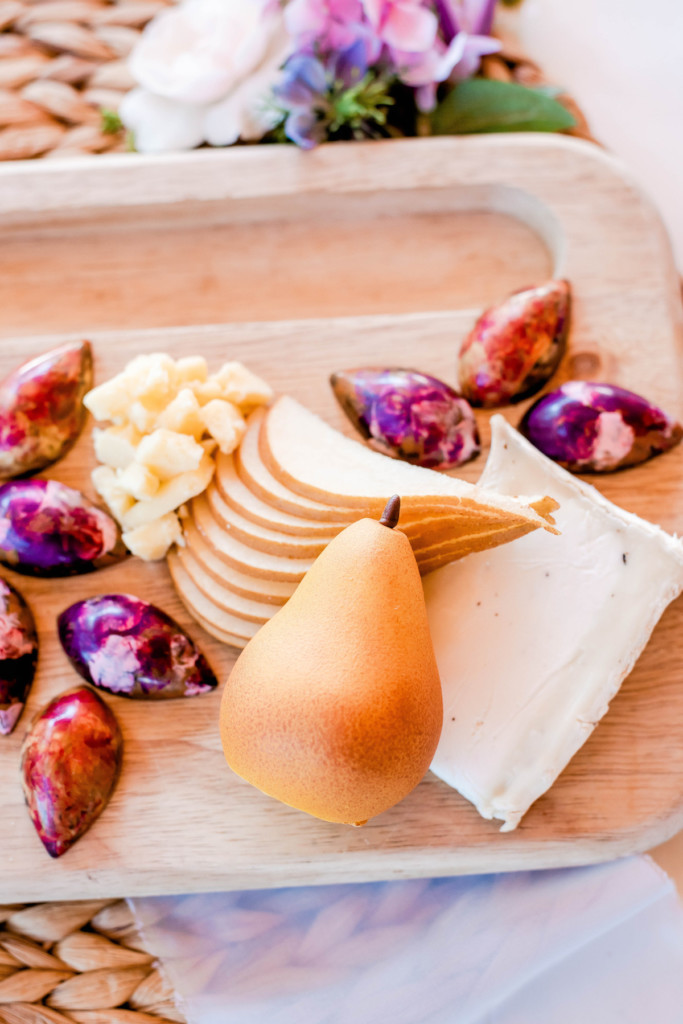 As a bride, I really thought the rehearsal dinner was just that: rehearsing for the next day, and having a dinner. After going through it though, I realized that it can be so much more than that. I won’t pretend that they take as much time or effort as planning the wedding day, but I wish I would have thought through the planning aspect a bit more, and also been more present during our actual rehearsal dinner. It’s really easy to get caught up on what’s next (and everything happening the next day), but it’s truly such a special moment to be a part of. As a couple, we’ve also been lucky enough to attend multiple rehearsal dinners. Before getting married, I looked at them similarly to what I did when planning. Attending them afterwards, though, I love just soaking in how special they are. My feelings of thinking I needed to wrap things up so I could get some rest, getting distracted by what was coming the next day, or trying to meet up with people who aren’t necessarily at the rehearsal dinner are also things I’ve seen at almost every rehearsal dinner I’ve been to, either by the couple or one of their close family members. Take a step back. SLOW DOWN and plan your rehearsal dinner. Think through it like you think through your wedding day and treat it as if it’s just a special. I think it will make you more likely to enjoy it more when you’re actually in it, but more importantly it will help you create a night that you’ll never forget.