Getting Excited About Your Timeline

Landan here! When I started writing blogs for The Chandelier, I told my now-husband that I wanted to be 100% open and honest about our wedding planning experience, while also pulling from the weddings we’ve been a part of. We were lucky enough to be one of the first of our friends to get married, too, so now we get to go through it with them as more and more of our friends pop the question. That’s where this blog idea stemmed from. And, since we’re on the topic of wedding planning, I threw in some gorgeousssss photos from The Houlton’s wedding, because if the photos are any proof, they planned a dang good one. 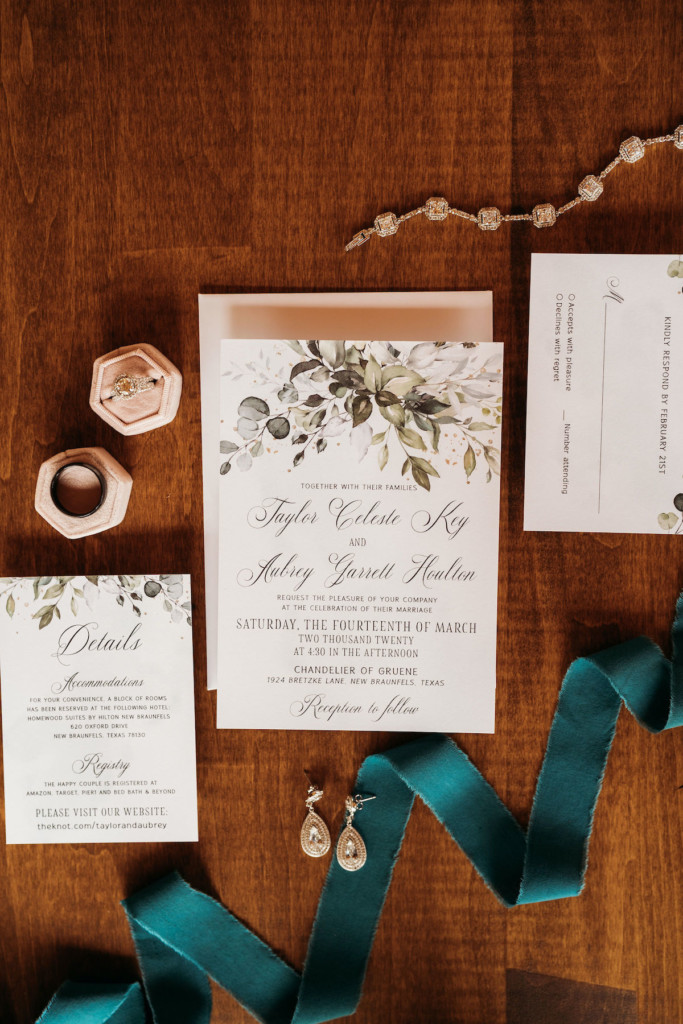 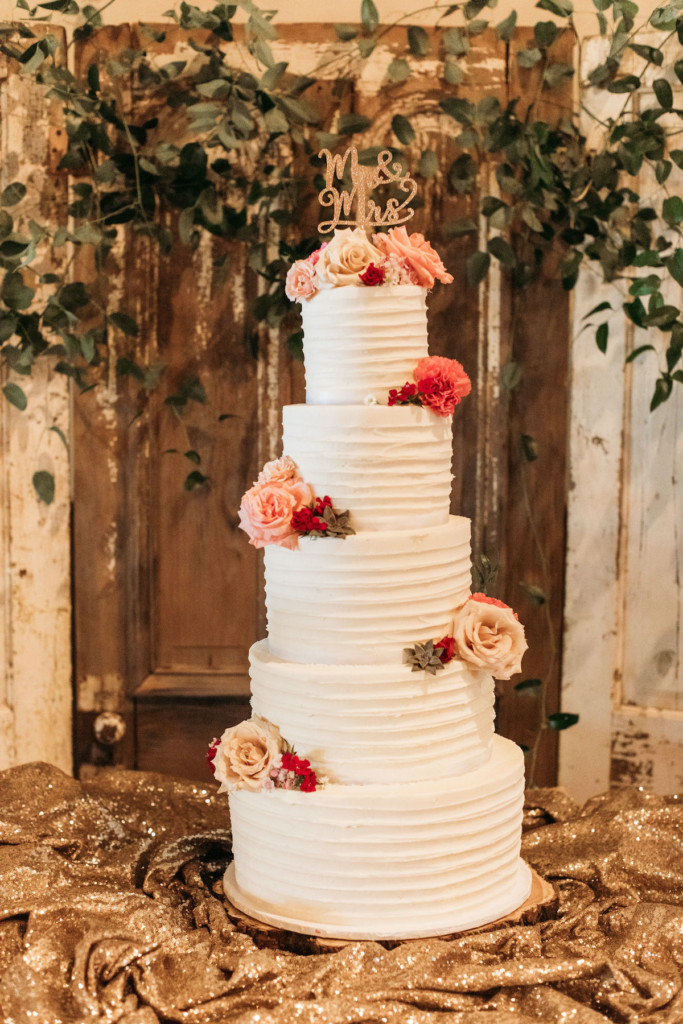 You’re supposed to get ready, leave some time for photos, have the ceremony, take photos during cocktail hour, head to the reception, the list goes on and on. The traditional wedding timeline tells you when to do your first dances, when to cut the cake, heck, even what traditions you are “supposed” to do at a wedding. And while we may mix them up here or there – like having a first dance as soon as you walk in – or eliminate some things, for the vast majority of weddings I’m invited to I know what to expect. And the funny thing is, most other people do too.

I was pretty passionate about trying to mix up certain things in our timeline when wedding planning. I thought a lot about flow and what was important to us, always considered which photos I wanted to put a priority on, and truly tried to customize our day to be unique to who we were. It still resembled a traditional wedding, and most people wouldn’t notice the differences I spent hours agonizing over, yet at the end of the night the one thing that was called out was someone panicking that we forgot to do the bouquet toss. We didn’t forget.

See what I mean about people knowing what to expect? 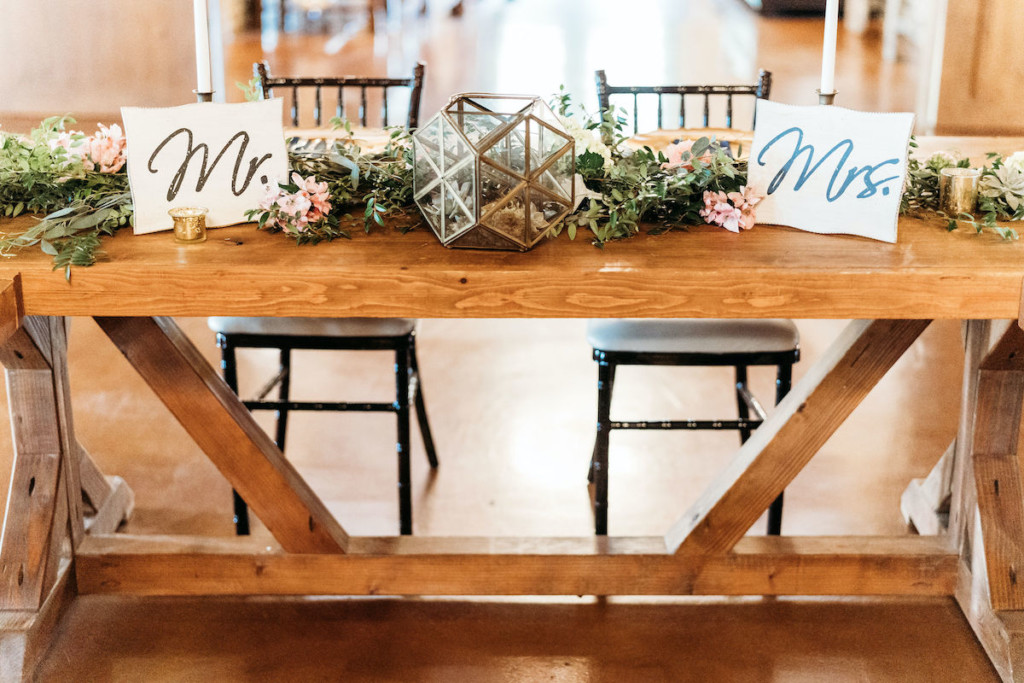 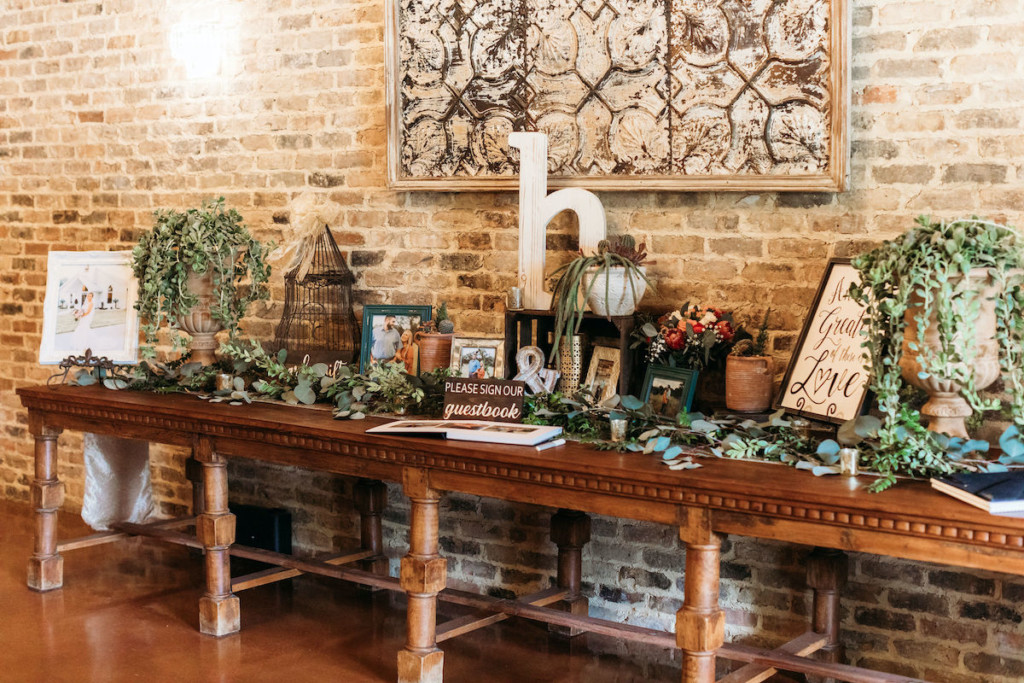 So, in between thinking we have to stick to a traditional timeline and people just “knowing” what a wedding day consists of, we fall into thinking that we have to plan our weddings in the same fashion.

Sure, we may have something here or there that we think “I really want this” and make the time to add it in, but overall we question is it worth it? Can we do that? Will people think it’s weird? And most of all, how do we do that?

It wasn’t until months after our wedding that I realized how much pressure brides feel to plan a wedding that feels like the other weddings they’ve attended. I don’t actually know if it’s an overt pressure or just something that we think that we know, but it definitely exists. So, from one bride to another, I’m here to tell you to do what you want. Add something that’s important to you. Take out what doesn’t feel right. Make the day yours. Both big and small, if there’s something you’re thinking that you would enjoy for your wedding day, put in the work to make it happen and go for it.

I was scrolling through Instagram a few weeks ago and came across a photographer who said “if you’re excited about it, make the time for it.” 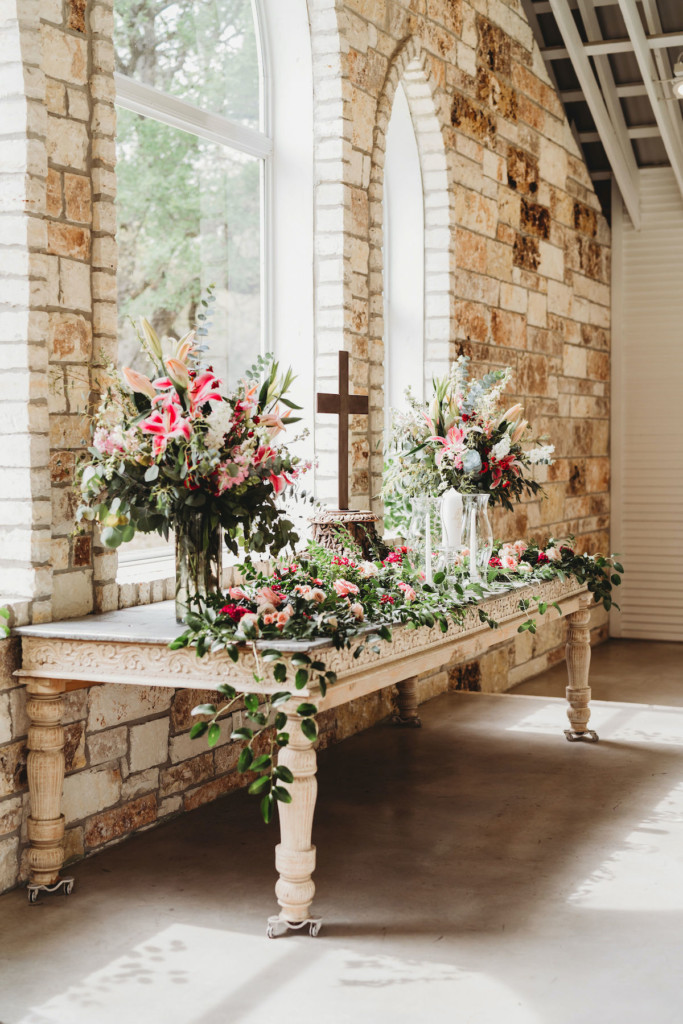 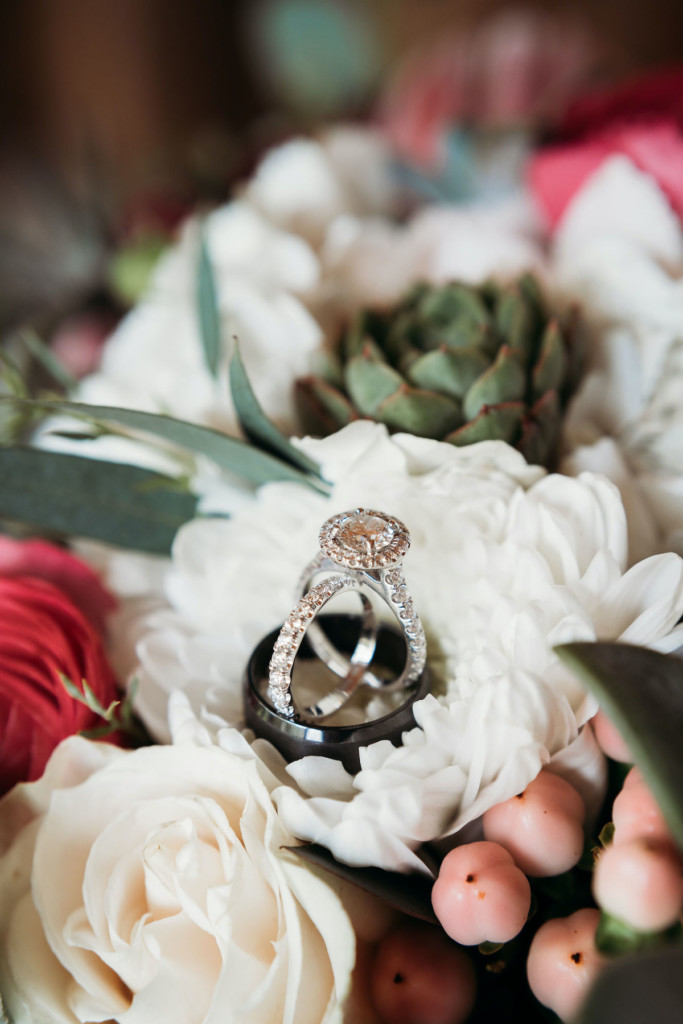 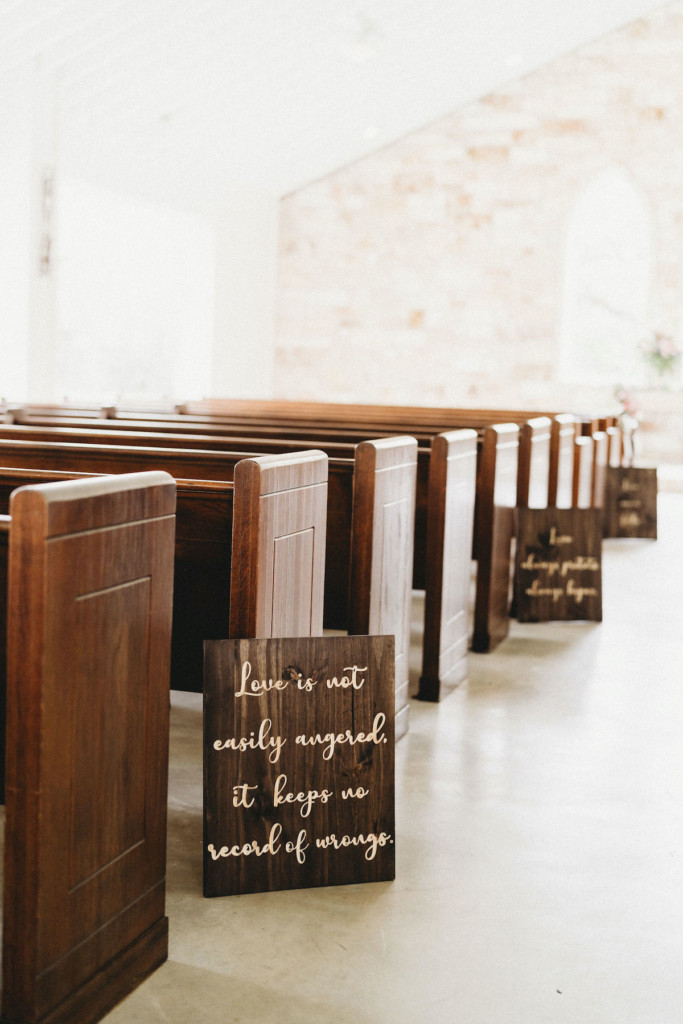 If you haven’t planned or are in the middle of planning and haven’t come across this yet, I’m putting it here again: If you’re excited about it, make the time for it.

I know it seems so simple, but in the big picture of wedding planning it can get lost. There are SO MANY thing that go into the day and the entire day goes by so incredibly fast. Realistically, you can’t include everything. But you can make time for the things that are important to you, bring you joy, and you feel excited about. Those things are so much more important than what you’re “supposed” to be doing or what you think has to be included because they’re the moments you will look back on and treasure for years to come. I’m so passionate about this topic, and I know I can have a tendency to ramble and talk in theoreticals because I want you to read this and feel like I’m talking directly to you, so here are a few concrete examples from my wedding and the weddings of a couple of people that I love dearly.

If you’ve previously read about our wedding planning experience, you’re already aware that we had major issues with our venue. (As a side note – we did not getting married at The Chandelier. This team is amazing and you will love it here. You know how your parents used to tell you do as I say and not as I do? Yeah, this is a textbook definition of that.) Anyways, with one of the more major hiccups at our venue, one of our friends jokingly mentioned that we should do a staged photo to memorialize it, and we took the idea and ran with it. We planned out an entire mini photoshoot, in our wedding attire, complete with props and all. Did we completely miss our appetizers and maybe get fewer sunset portraits because of it? Sure. But we made the time for it because it was important to us. Not only did it make us feel more excited about a bad situation, but it also gave me photos that I can always look back on as a reminder to embrace whatever is bothering me and make the best of it.

When I think of my friend A, there’s not much that he loves more than entertaining people and having good food. When I think of everything he’s had a hand in planning, at least one of those things came into account. So, for him, one of the most exciting parts of his wedding day is the cocktail hour. But, as you may know, it’s not “typical” for the bride and groom to actually attend the cocktail hour. They want to though, so they’re going to. They’re sharing a first look before the ceremony so they can get all of their photos done beforehand, that way after they say I Do they get to head to cocktail hour and enjoy that experience with their guests. Not only did they move their timeline around to make the time, they’re also deviating from tradition, and I truly can’t imagine anything being more fitting for them.

K is, hands down, the most energetic person I know. The absolute most important part of planning her timeline was about getting as much time as possible on the dance floor. When we realized we finished their post-ceremony photos with almost 30 minutes to spare, her friend and I jumped at the chance to swap her timeline around (DURING her wedding day) to do their grand entrance 20 minute early and get some of the formalities out of the way before dinner, which meant we could head directly into cutting the cake and dancing the night away as soon as dinner was finished. It was a mad dash 10 minutes, and it’s not something I would recommend for everyone, but for her it made total sense because it was what she was most excited about and we got another 30 minutes on the dance floor because of it.

J is probably one of my most reserved friends. He loves his close circle fiercely, but a big wedding and everything that comes with it isn’t his dream at all. While they still want a traditional wedding, they also want to be able to explore the town they’re getting married in and end the night with a smaller group of people. So, they’re adjusting their timeline and ending the reception earlier than typical so they can go out with their friends afterwards. Rather than the extra time on the dance floor, they’re getting extra time to kick back in a relaxed environment and soak it all in. It’s their wedding day and they’re choosing to celebrate it together in exactly the way that makes them the happiest, and you can’t ask for anything more than that. 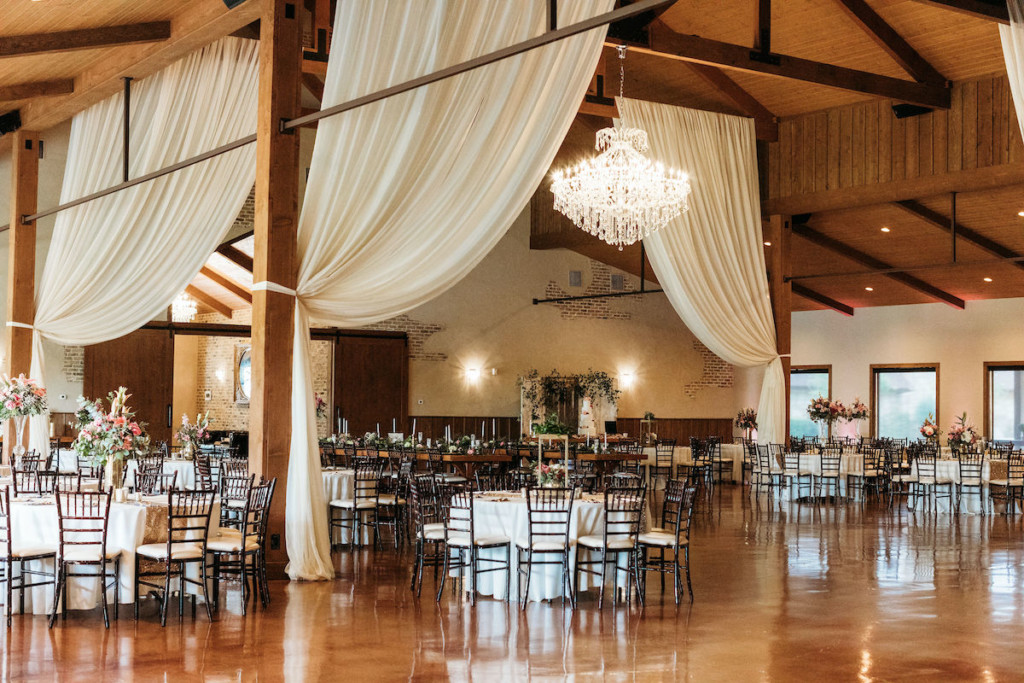 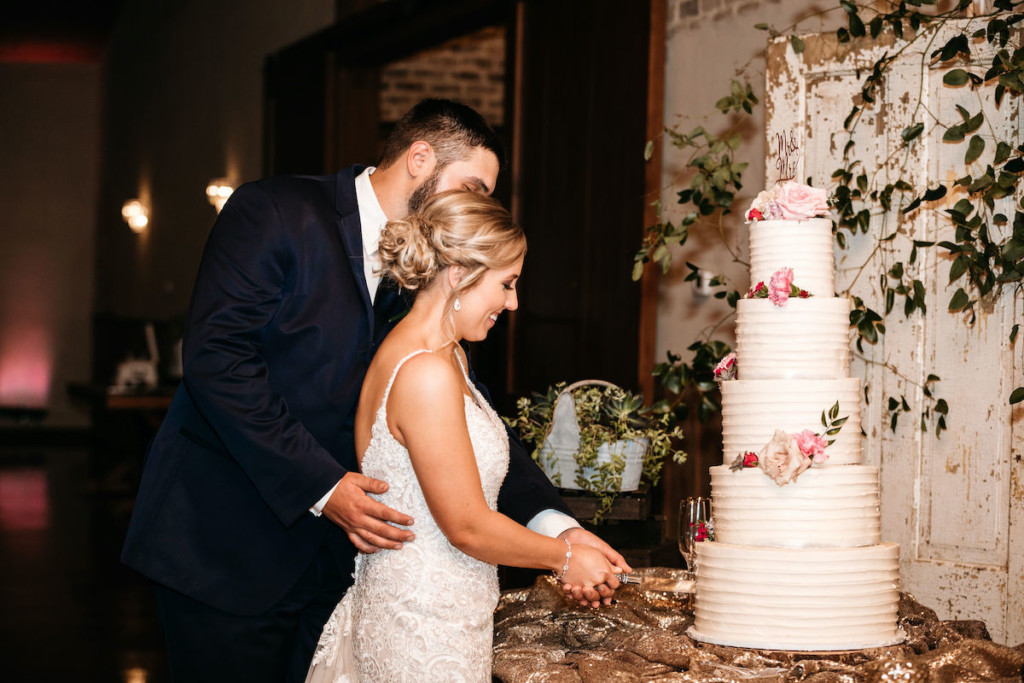 If you noticed, I included a couple of grooms in my examples because I wanted to show that anything can be considered important. If your hubby-to-be is anything like mine was, they may be letting you run with wedding planning and not have a ton of of things they care about. But, if there is something they mention and are passionate about, make it happen. For us, it was the flavors of cake and how he got to spend his pre-ceremony time, which were easy to incorporate with the other things I was passionate about, like a pre-ceremony letter reading. Most of the things I talked about were pretty big timeline shifts, but it can be small things, too. Things like incorporating a specific type of exit, photos with certain people, a late night snack, or a special dance are all things that you should make time for if you’re excited about them.

I know how easy it is to get bogged down in wedding planning. There are truly so many ideas and inspirations and things you can do and it’s often hard to know what to incorporate and what to leave out. My biggest suggestion is to just take a step back. As you plan things, ask yourself if they’re adding value to your day. Are they making you happy? Are you excited thinking about it? When you think about your photos, are you creating moments you want captured so you can look back at them fondly? Those things matter. I want you to have a beautiful wedding. I want you to get the heartfelt vows and the gorgeous sunset pictures. But I also want you to be excited. I want to see you be overwhelmed with happiness on your wedding day because you designed a day that was all about you. I want you to look back on your day and know that every single decision you made was because it was your decision as a couple, not a decision that the standard wedding planning timeline led you to. 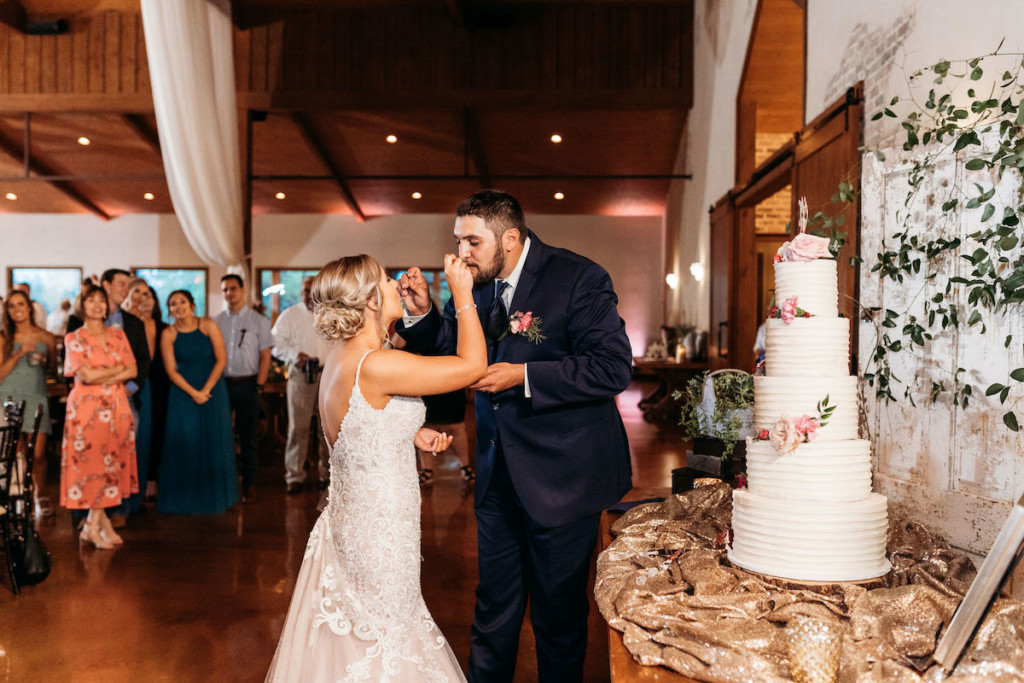 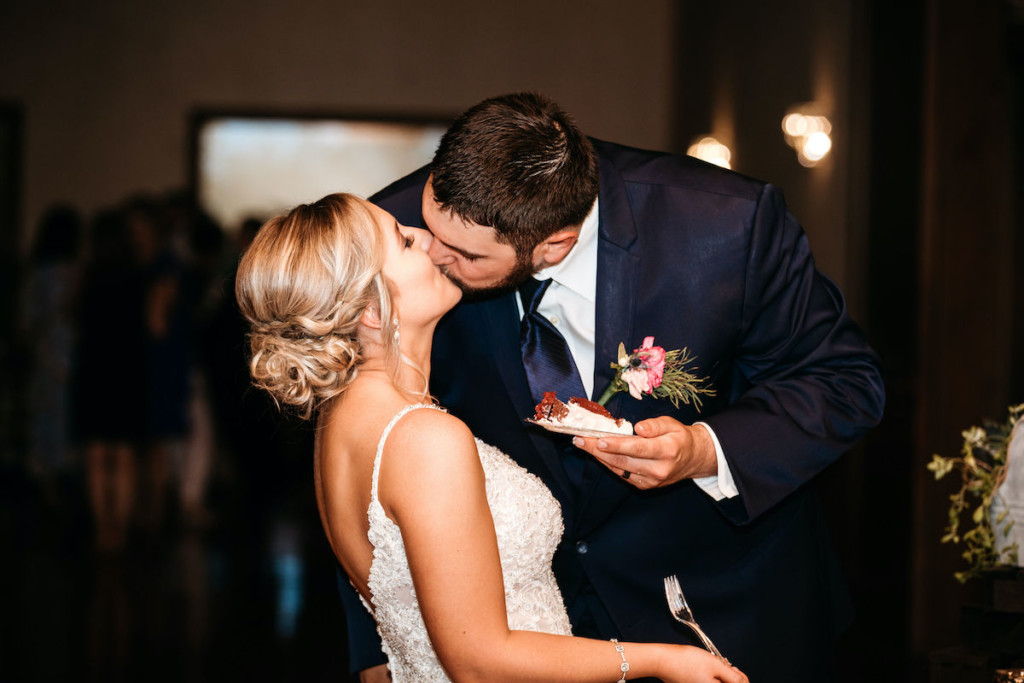 Coordinating and Florals by Barbie Foerster

Hair by Joy Owens at Felger and Friends