Does anyone else feel like 2020 is flying by? We cannot believe how much has already happened this year, and we’re less than 3 months in! Today, though, we’re looking back on our couple who shared their midnight kiss dancing under the chandelier. Lauren and Matt rang in the new year in the best way possible by tying the knot in the Texas Hill Country and bringing all of their friends and family along for the celebration. Their New Years Eve wedding was filled with sparkle from the glittering bridesmaid dresses to sparklers on their cake to epic indoor firework fountains and shiny NYE party hats. Lauren may not have realized that their first date was a date until she was on it (you’ll see what I mean soon), but she definitely knew how to plan a wedding and had some incredible vendors by their side to execute it. Keep reading below to find out which vendor was also in her bridal party, what detail from their day had us all pulling out our tissues, and how they made their first look even more impactful. 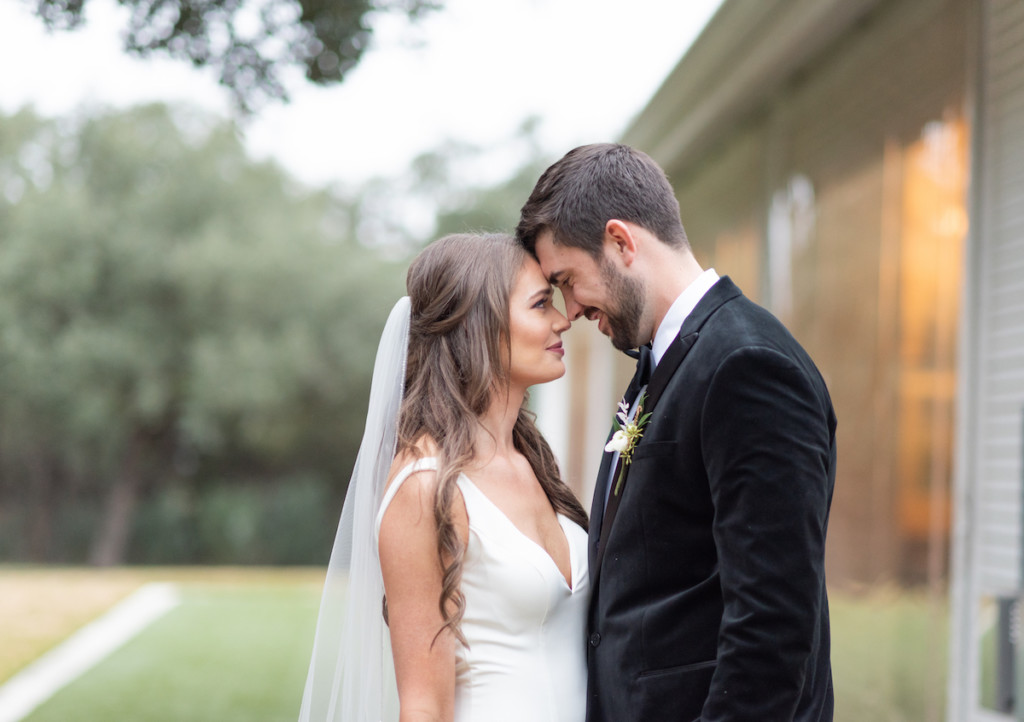 Matt and I were both athletes at the University of Texas-San Antonio (UTSA). Matt was a member of the football team, and I played volleyball. We met through mutual friends in the athletics department in 2013 and were acquaintances for over a year before our first date…which was an accident.

I have always enjoyed reading, and when The Maze Runner movie came out, I wanted to see it because I had read the books. None of the girls on the volleyball team had read the series and most of them said it looked weird & they didn’t want to see it. I overhead Matt in study hall (a private building at UTSA where student-athletes have to spend a mandatory number of hours each week) inviting one of his football buddies to the movies. He said he and his roommate were going to see The Maze Runner because they had both read the books. I asked if I could join them, and he said sure. Matt offered to pick me up for the movie. I lived with the social butterfly of UTSA, and we often had people over during college. Everyone had been to our place before, including Matt, so I concluded he realized I was on the way to the movie theater. He also drove this giant SUV, which was utilized any time we went out, and I just assumed he was used to driving people around. However, the night of the movie, I was surprised when I got into his car, and no one else was with him. I shrugged it off and guessed his friends were meeting us at the movies. We were walking up to the theater, and I still did not spot his teammates anywhere. It was not until I heard Matt purchase two movie tickets that I realized I was on a date. Needless to say, the evening went pretty well. We had another date after that (that we were both aware of this time), and things went from there. We had dated for a little over five years when we got married. 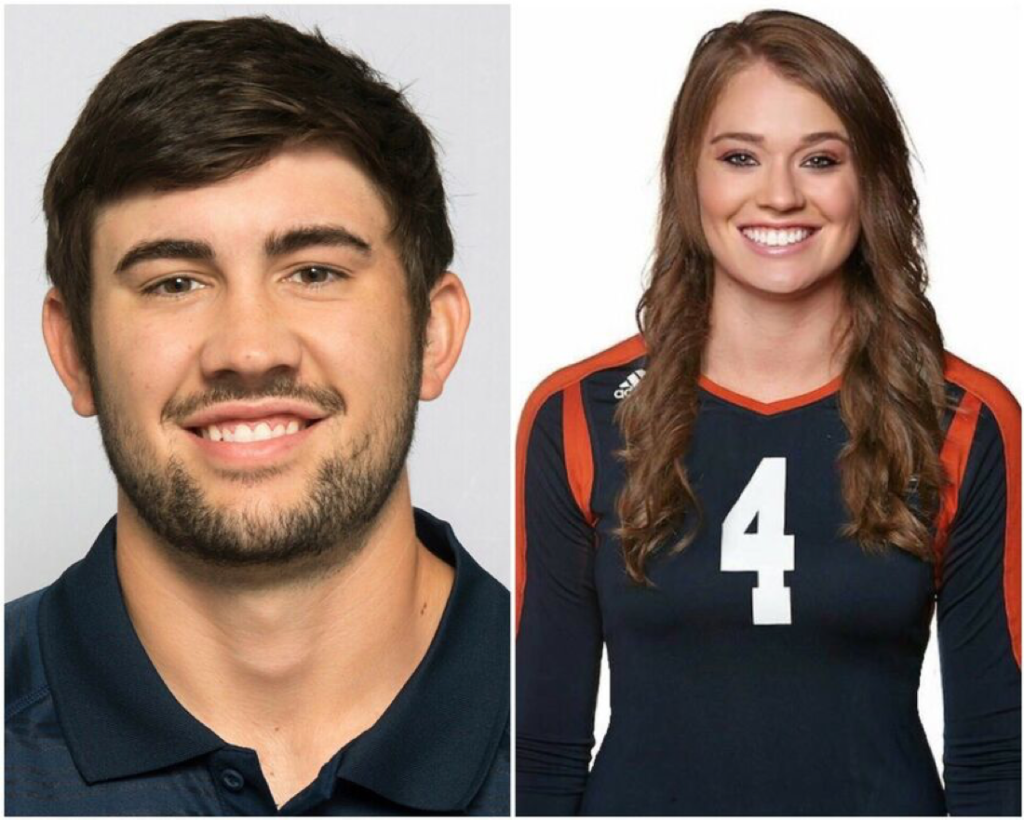 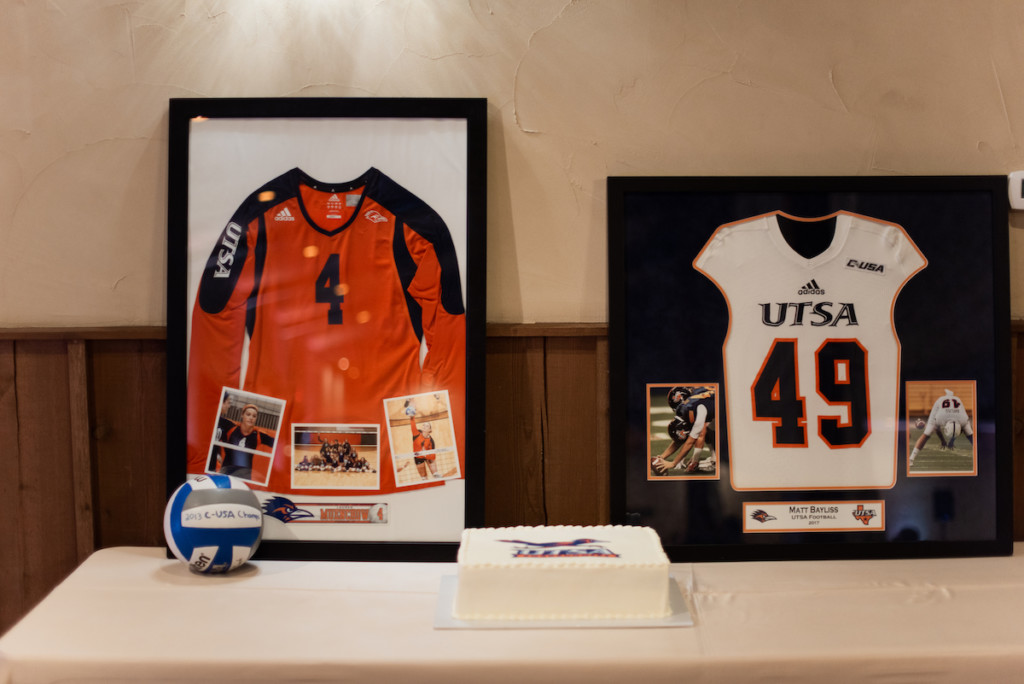 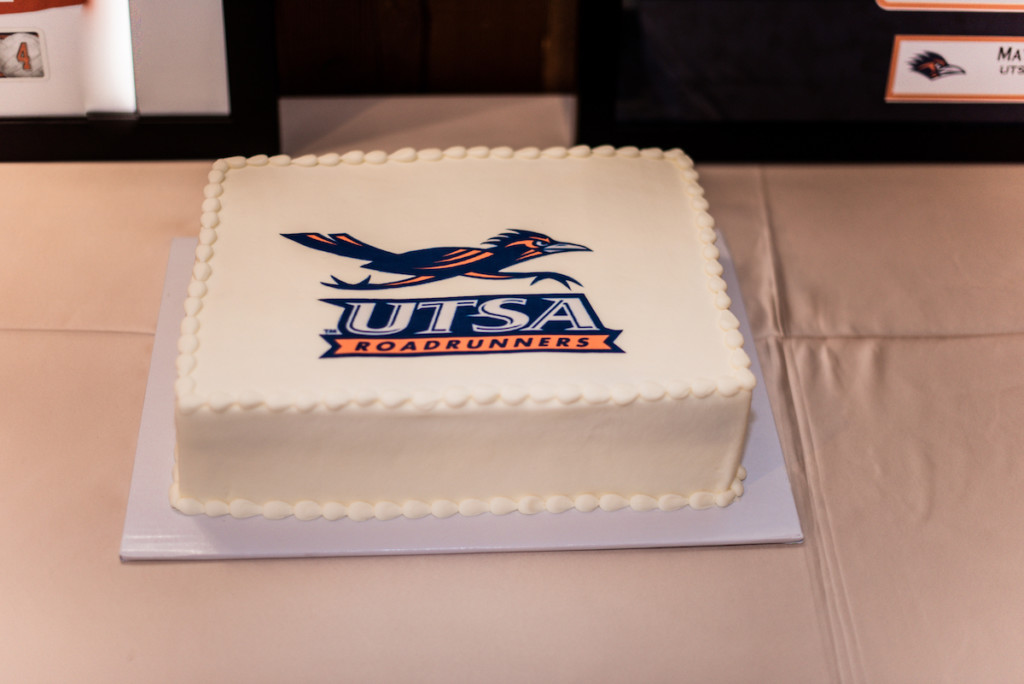 We knew we wanted to get married in the hill country. With both of us having small families we knew the large majority of our guests would be friends from college, almost all of who stayed in San Antonio after UTSA. We thought a venue like The Chandelier would be way out of our price range but we were amazingly surprised that it was one of the best value venues we looked at. We loved the location, and since we both grew up in church the little on-site chapel was very appealing (and eased some of my family members who were upset we were not getting married in our church). We liked how the reception hall was on site as well – especially since we knew we were going to have a New Years Eve wedding. We loved the venue and it didn’t take us long to sign our contract.

There were a few very special moments on our wedding day. A few I knew would be special were the first look and the vows, but one was unexpected: the first time I saw the venue after the décor was complete. The surprise was curtesy of my oldest friend, Megan Reiley. Not only was Megan a bridesmaid but as the owner of Reiley + Rose she was also my florist. She asked for my input before the wedding about flowers, I told her I had never not liked anything she had done and I trusted her, so she took over. We talked about some main points but all of the details (even what types of flowers were to be used) were a surprise. She and the rest of the Reiley + Rose gang kept the reception hall doors closed and told me not to look until everything was done. A few hours before the ceremony was set to start Megan came to get me out of the bridal suite and we took a little tour around the venue to look at all the finished décor.  My bridesmaids opened the double doors to the hall and the complete scene all done up took my breath away. Reiley + Rose had done such a beautiful job. We looked at each table centerpiece, the head table, the cake table, I was so impressed with her work and overwhelmed with happiness at how everything had turned out. Then we went outside. As we were coming down the walkway and I got my first peek into the chapel and burst into tears. It was more beautiful than anything I could have planned myself. It was such a special moment, one that I will always cherish, and I so appreciated Megan’s labor of love. 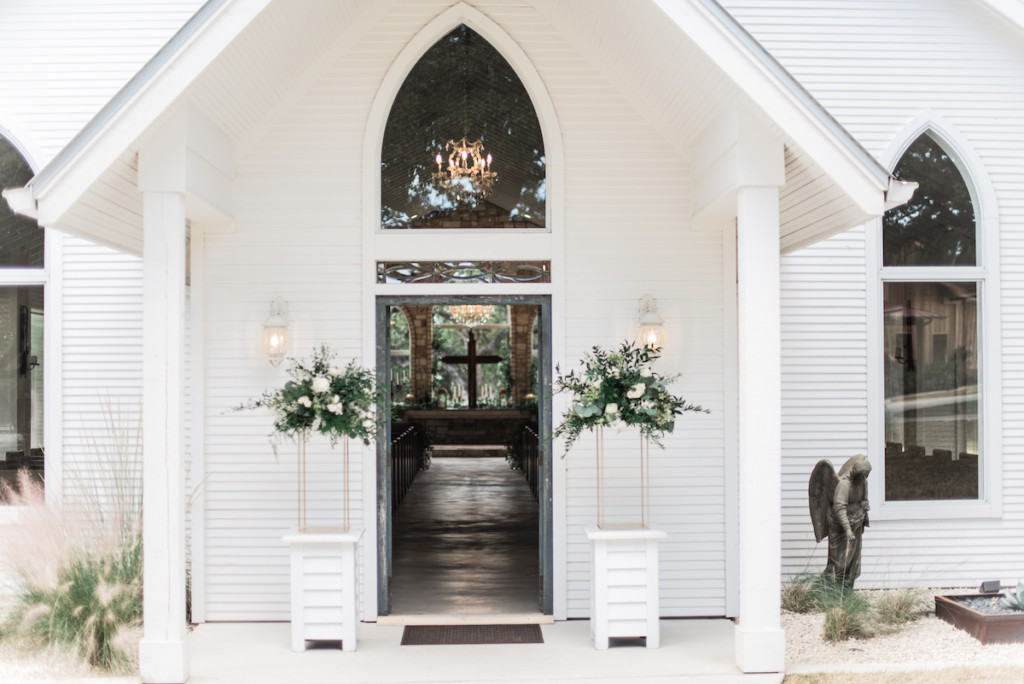 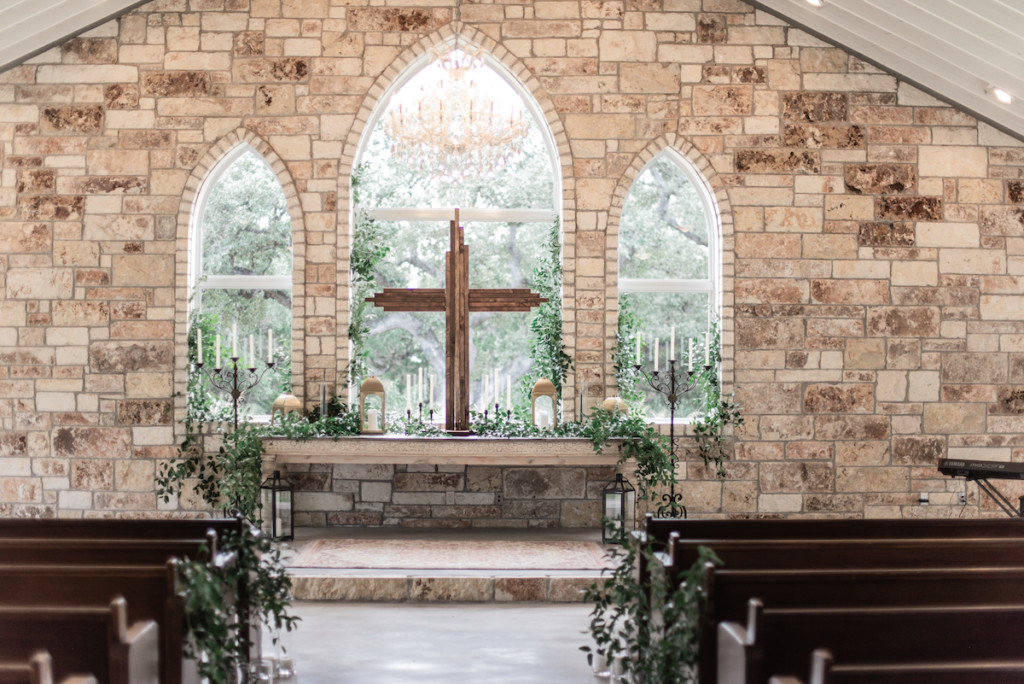 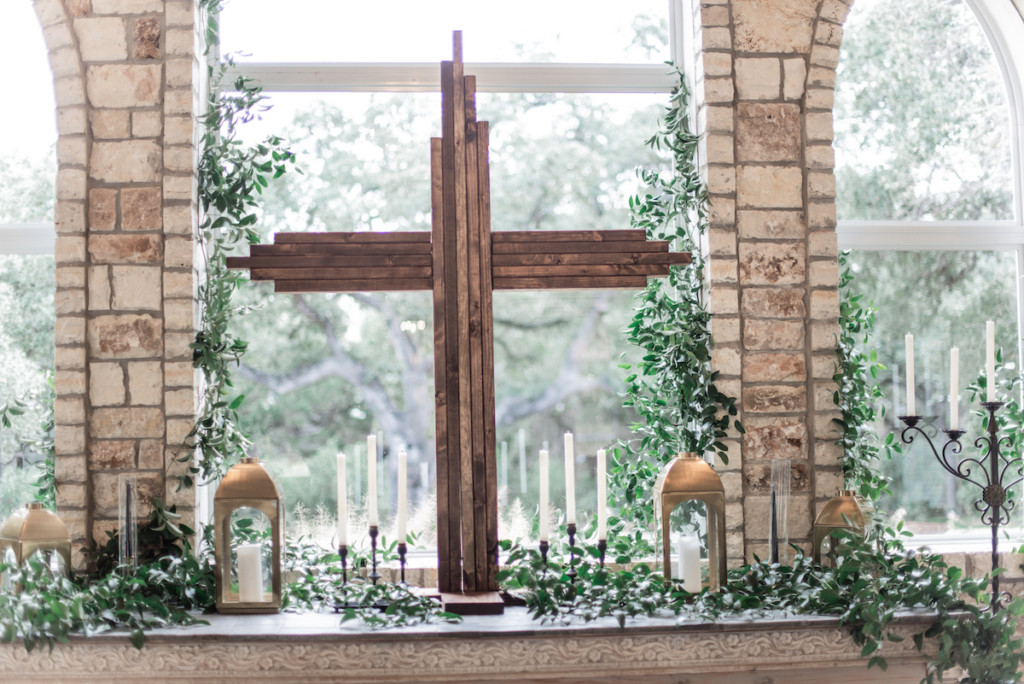 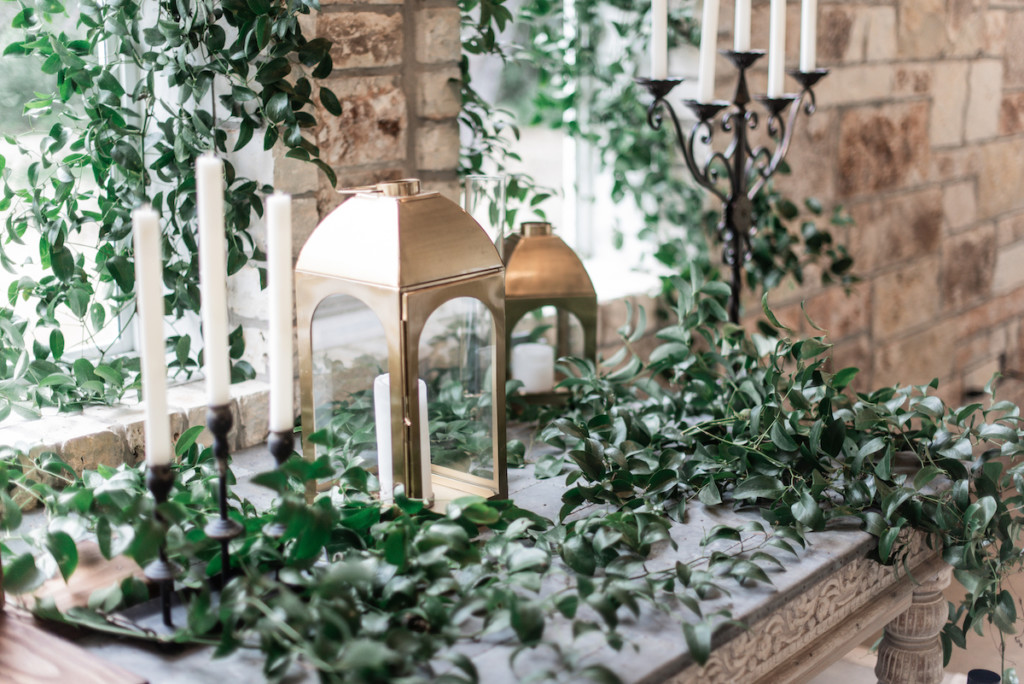 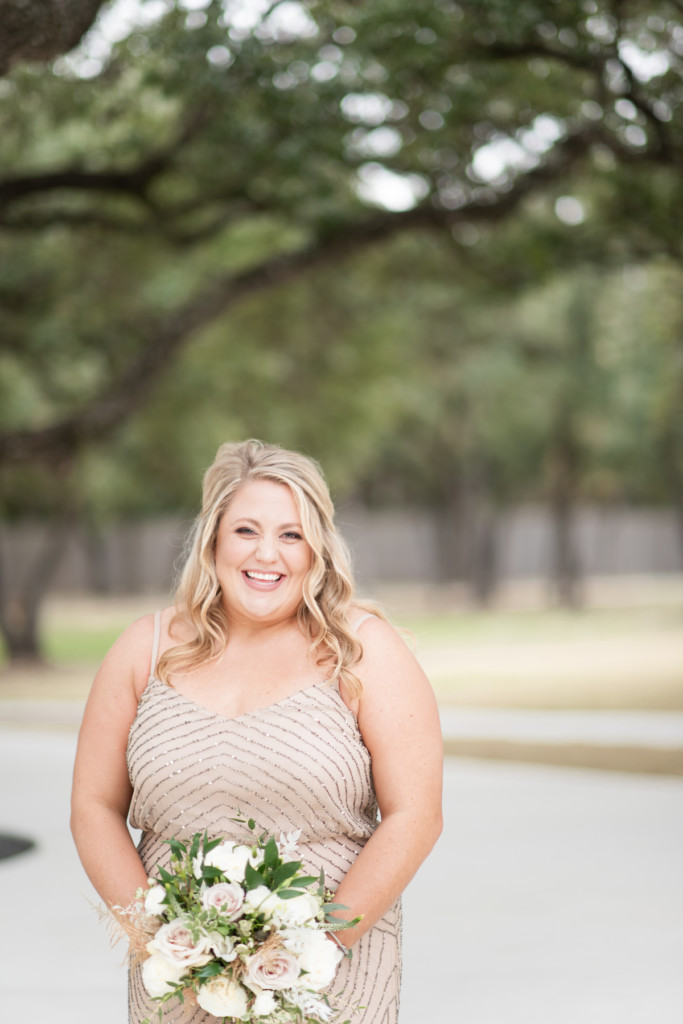